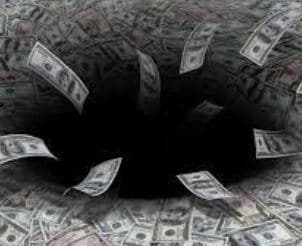 A brief conversation with the City’s Clerk, Robin Patch and her new
husband, Ray Altman, got me to thinking more about the disconnect that
exists not only between the City’s Council and its citizens, but with
regard to the rest of the County and its make up.  Clearly a growing gap
appears to be widening between those that are comfortable in life and a
growing number of those in Del Norte County that are not as secure in
life.  The wants and needs of both segments of those populations are as
different as night and day.  As such, it has become extremely difficult
for those in governing circles to adjust their thinking to accommodate
the fact that a large segment of the Del Norte County population has the
“want” for certain services government offers but lacks the necessary
financial resources to support such services.

When I look at the vision that the City Council has for the City’s pool
and the surrounding Beach Front Park, this is where the disconnect
becomes most obvious.  Discussions of playground specialists, a bike
path designer, and an expert in environmental permitting do not exist in
the world of most of those that live any where in the County.  These are
terms that may as well be in a foreign language for the largest portion
of local residents.  Very few of the County’s 27,000 plus even think in
those terms let alone find those “experts” to be relevant in their worlds.

I understand that the City’s Council has had visions of grandeur for
some time that is colored by the “comfortable” portion of the City,
which wishes to make a “statement” to the outside world that Crescent
City is a force to be reckoned with as a destination community.
Unfortunately, as a small community with more basic issues to address,
many in this area immediately recognize the obvious defects in this
fantasy unfolding before their eyes. Their thoughts turn to addressing
the more practical path forward which is more in line with having
streets in good repair, safety, and a City focused within rather than
prioritizing a vision that is breath taking in scope, but in complete
contradiction with reality.

More than fifty percent of the City and the County live in very modest
circumstances where a few dollars make the difference between success
and disaster.   These are the folks that are over looked when the City’s
need for ever more tax dollars places them in jeopardy every time they
go to a store, when the rent is due, or those that own property when the
property tax bill comes due. They are a large and growing number in this
area every time government has a “vision” that exceeds their ability to
pay these new taxes.  What the City does affects those that live in the
County, just as the County affects those City dwellers.  Until those in
power in both governments understand this, the less fortunate pay the
heaviest price for this careless behavior.

For those that think that more taxes or even the tax increases that were
recently applied in the community that continue to pay for grand
“visions” and not necessities are as disconnected as our current
leadership and should seriously think about what these policies have
wrought on those less fortunate.  We are after all, supposed to give due
consideration for those less fortunate in order to actually be a
community.  I have personally witnessed the selfishness of those that
can easily afford a few extra dollars the local sales tax increase has
incurred in their comfortable lives.  I have also seen the privation,
subdued anger and angst in the faces of those less fortunate when their
meager livelyhood no longer extends to cover even basic needs.

Councilman Altman quite easily indicated that concerns could be voiced
at public meetings, a statement that told me instantly, he did not know
who his constituency was. For they are not ones that find the halls of
government an easy place to visit.  Their words are not those of a
politician, but those of the streets of Crescent City.  Their lives have
very little margin between success and failure.  A few dollars left in
their pockets make all the difference.  One who is a true representative
of the people should not have to be reminded of that fact…..   The
City’s pool and Beachfront Park are a stark reminder for those driving
the ship of local government of the divide that exists for the
unfortunate who have no money for the pit to consume.