Skip to content
Board of Supervisors Public School This Weeks News

Cronyism, RINO’s and how it affects our lives 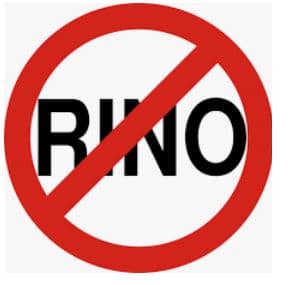 It should come to no surprise how our Del Norte COUNTY Board Of Supervisors has evolved into performing like a spoiled, petulant, Trust Fund baby, where its direction and purpose is salacious spending, extravagant trips to Japan and rampant rubberstamping.

The root of this Power, Privilege and Plunder is because they have been ENABLED to act like spoiled rich kids because for the last 20 years, our Del Norte GOP has been ABSENT, WEAK and RINO-ESQUE. Its more than proven itself to be ineffective. The Del Norte Republican Central Committee Chair, Karen Sanders, does not speak for the Republican Party. She sealed the deal by not endorsing the Measure  R Tax Repeal Petition that is still circulating.

The local GOP has thus far REFUSED to endorse this initiative, which is an outrageous betrayal to the Conservative movement. Sadly, this is not the first time Ms. Sanders has turned her back on standing up for what is right in restoring Conservativism.

If our own Republican Party does not fight against high taxation and government overreach, what good are they? She might as well step down and sign up at the Democratic headquarters.  This WEAK LEADERSHIP only FUELS the RADICAL LEFT. Let it be known that when Karen Sanders was asked to sign the Tax Repeal Petition at Walmart a couple weeks ago, she refused.

She needs to step down from the Del Norte Unified School District (DNUSD) Citizens Oversight Committee (COC) as well, as it is not a rumor or a lie,  or “being childish” as Karen Sanders claims.

Let’s look at this. The School Board appoints members to the COC board. Ms. Sanders buddy, Angela Greenough is past President but current member of the School Board AND she’s also Secretary of the GOP Central Committee- how convenient.

I’ve done a lot of research and gathering of California Public Records Act (CPRA) requests showing specific emails between Jeff Napier and Chair Steve Lyon discussing the need to get another member they could count on to get their Annual Reports signed, because they knew I was questioning too much. I will not sign off on their reports!

That brings us to the present.

Their constant resistance to making our COC LEGAL, INDEPENDENT AND TRANSPARENT is why DNUSD COC has been served a Writ Of Mandate filed in Del Norte Superior Court. Our first goal has been accomplished and we’re not stopping.  The truth will come out and everyone involved in suppressing and resisting Ethical Bond Accountability, will be revealed.

These are Tax Payer funds!

$25 Million that is really costing $44 Million and won’t be paid off until 2050. Your hard- earned money is getting syphoned more and more by DNUSD. They already have their sights set on putting ANOTHER BOND for $47 Million on the next Ballot!

This is highway robbery!

With the degradation of our failing government school with their daily child abuse and indoctrination of our children… why would anyone ever conceive to agree to this??

The fact that DNUSD School Board has the gall to even bring this a $47 million school bond in a time where INFLATION is on the Rise and thousands of parents are infuriated by their lack of leadership and protection of Parents and their Children’s’ Constitutional Rights?

I’ve seen, heard and read enough to know, these Bond Measures are nothing but a Ponzi scam that benefit stockholders in the Bond Market and our District’s Administration, only leaving Tax Payers the LIFE LONG BURDEN to foot the bill…until they die. Literally.

If the next Bond Measure actually went through, our community would be maxed out on bond debt for the next 100 years…exceeding $100 Million Dollars! There are so many people in charge who need to either be recalled, fired or forced to resign. We the People of Del Norte are the victims of gross governmental overreach whose leaders are drunk on Power, Privilege and Plunder. It will only get better when this community rallies against this Tyranny and takes our community back by getting the Power back into the hands of the People!

➡️Unite Del Norte. Its Time To Stand Up Against Tyranny