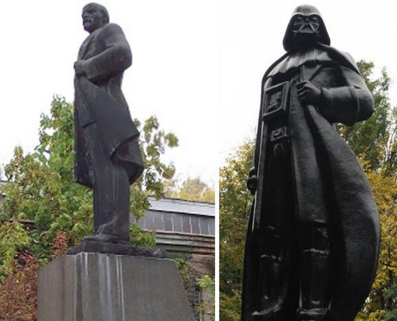 Just about 15 hours away from Moscow, Russia where Putin leads the Communist nation, if you drive southwest towards the Black Sea lies the city of Odessa in Ukraine with a population of over 1.2 million people.  Think road trip equivalent of driving from LA, California past Denver, Colorado.

Odessa was named by Catherine the Great. It was the site of a large Greek settlement during the 6th century BC.  During the late 19th century, Jews comprised 37% of the population, usually subject to Pogroms, which was the ethnic massacre of Jews.  (Watch Fiddler on the Roof.)

The weather is warmer in Odessa in this semi-arid spot with less rain than Crescent City. Amid anti-Semitism, crime, and oppression from Communism, Odessa emerged as the Pearl of the Black Sea.

Jewish humor was inadvertently fostered by the undertow of political and religious repression going from tsarist to soviet rule, and proved pivotal in sustaining the psychological and cultural vitality of Jewish Odessans. Sardonic humor, mocking and cynical, helped them wink at the “tsuris” (troubles) that should have made them weep.

It’s over 6,000 miles from Crescent City. The Russian language as spoken in Odessa is influenced by Yiddish and Ukrainian in grammar, vocabulary, and phraseology. As a result, many phrases sound inherently and uniquely humorous to Russian speakers and constitute a staple of Odessa humor. While there is a very small population of Jews in Crescent City, there are no Russian restaurants or stores.

The Rise and Fall of Communism; Lenin/Trotsky/Stalin

Lenin was born into a wealthy, middle class family. His father died when Lenin was 16 years old.  It must have deeply affected him because soon after he became an atheist.  His mother was the daughter of an apostate Russian Jewish physician.  Apostate means one that renounces their religious or political beliefs.  When he came to power he changed Russia into a one-party socialist state; all land, natural resources, and industry were confiscated and nationalized by establishing the new Russian Communist Party.

Lenin remains a controversial and highly divisive world figure. Admirers view him as a champion of working people’s rights and welfare while critics see him as the founder of a totalitarian dictatorship responsible for civil war and mass human rights abuses. He was held in high esteem as a founding father of the Soviet Union until its dissolution in 1991.

When Trotsky (original surname Bronstein shortened from Bronshtein) was nine, his father sent him to Odessa to school. His parents were of Jewish origin although not religious.

Both Trotsky and Lenin were influenced by “The Communist Manifesto,” published in 1848 by Karl Marx and Friedrich Engels.

Stalin, (born Ioseb Besarionis dze Jughashvili) was born to a cobbler and housemaid.  His mother sent him to Greek Orthodox priesthood school against his father’s wishes. That split the family, and his alcoholic father left. Despite being trained as a priest, he became an atheist. However, his God complex surfaced during the time he controlled the country from 1924 until his death in 1953. In 2011, his autopsy results were finally released.  Without actually stating he was poisoned, it’s believed he was poisoned by the drug, Wayfarin.

Widely seen as the first Soviet government, the Council of People’s Commissars was formed in 1917 and comprised 16 leaders, including chairman Vladimir Lenin, foreign affairs chief Leon Trotsky and Joseph Stalin, who was in charge of the People’s Commissariat of Nationalities.

Lenin influenced Stalin.  But, after Lenin’s death in 1924, Stalin and Trotsky clashed. Trotsky wanting more democratic reforms. But Stalin won, rose to power and “Socialism in One Country” became his central tenet of Soviet society. He became Russian’s dictator for the next 29 years. He ordered Trotsky into exile.  It is believed he ordered the assassination of Trotsky who was killed while in exile in Mexico City on August 20, 1940.

Stalin, nicknamed “The Butcher,” needlessly killed 20 million of his own people, starved another 9 million and had another 25 million sent to containment camps.When Nikita Khrushchev came into power, thousands of Stalin statues were ordered destroyed or removed.

Since the second World War and during the 1960s and 1970s, the city grew tremendously. Nevertheless, the majority of Odessa’s Jews emigrated to Israel, the United States and other Western countries between the 1970s and 1990s. Many ended up in the Brooklyn, New York neighborhood of Brighton Beach, sometimes known as “Little Odessa”.

These days, Odessa, Ukarine is famous for and has been hosting the annual festival of humor since 1972, Humorina, held on or around April Fool’s Day. For this and other reasons Odessa was known as the “capital of humor” in the Soviet Union. The culture of Odessa is a unique blend of Russian, Yiddish, and Ukrainian cultures, and Odessa itself have played a notable role in Russian and Yiddish folklore.

In 2014, businessman, Petro Poroshenko, was voted in as President by 54% of the vote for a five year term. In April of this year, the Ukranian parliament voted to ban Communism and Nazism.  The city of Odessa made the decision to tear down the statue of Lenin, but  local artist and Burning Man alumnus and sculptor, Alexander Milov, came up with the idea of re-purposing the statue.

Milov recently investigated his ancestry and found that his grandmother on his father’s side was Jewish.

He put forth the idea that instead of destroying the statue of Lenin, what if they transformed the statue?

The decision was made to transform it into Darth Vader and make it into a free WIFI site.