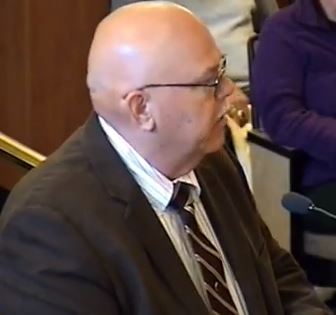 If Dave Mason never spoke up at Tuesday’s Del Norte County Board Of Supervisors meeting held April 24, 2018, we would probably not know until some time in the distant future that the Tolowa Dee- Ni’ Nation wants to expand their borders: 13 miles starting from the Oregon border going to the southern tip of Lake Earl, and 5 miles going inland equaling approximately 6,000% expansion .

Supervisor’s Howard and Hemmingsen sit on a committee called a 2 by 2. They attend meetings and learn information.  They are supposed to report out to the public at the next Board of Supervisor’s meeting the information or salient points of their 2 x 2.  This they did not do. Did they violate the Brown Act?

The Indian Tribe has been working on reclaiming land since 2012.

Congressman Huffman sent out letters dated April 4, 2018 regarding this issue. Howard and Hemmingsen attended a 2 x 2 on January 8, 2018, three months prior to Huffman’s letter.

If it hadn’t been for someone posting on Huffman’s letter on Facebook and picked up by Jaime Yarbrough, then spread around Facebook, most of us wouldn’t have known what has been going on.

In his most powerful speech todate, Dave Mason, Candidate for District 4, Mason enumerated the following:

Nothing further. The public doesn’t have a clue as to what transpired in the 2 x 2.

Mason shifts his focus from reciting the facts to reciting a portion of the Ralph M. Brown Act.  In Chapter 9:

54950. In enacting this chapter, the Legislature finds and declares that the public commissions, boards and councils and the other public agencies in this State exist to aid in the conduct of the people’s business. It is the intent of the law that their actions be taken openly and that their deliberations be conducted openly.

The people of this State do not yield their sovereignty to the agencies which serve them. The people, in delegating authority, do not give their public servants the right to decide what is good for the people to know and what is not good for them to know. The people insist on remaining informed so that they may retain control over the instruments they have created.