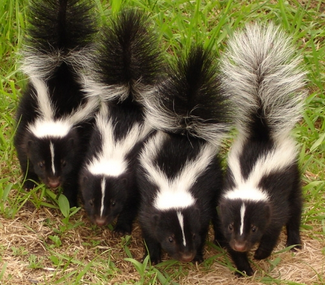 Looking back to 2013: Skunks vs Roses

It’s clear to me that the County understands we are in a recession and the City does not.    What could make it any clearer than the 5% increase discussed at the board meeting March 26, 2013 regarding Kevin Hendrick’s 20 year longevity raise?

While the County has taken a cumulative total of 13% in paycuts, DN Solid Waste Authority Board was split 2 to 2 with the City firmly entrenched in granting the pay raise.  The Solid Waste is supposed to mirror the Counties policies.  Isn’t it time to agendize a 13% payroll cut for Solid Waste employees?

Here are the buzz words for when a politician wants to push through an action:  ‘HAS IT BEEN BUDGETED?”   Answer, “YES.”   Oh, well, in that case, let’s just give the guy a raise.  There’s no argument that the Transfer Station is well run.  He got good reviews at his last evaluation.

BUT, if there are financial problems then you don’t give the guy a raise.  PERIOD.

This is when someone from the public needs to speak up and say, “Hello. Reality check.  What world are you living in? Do you know we are still in a recession? Do you know some of your residents/constituents/ratepayers/consumers don’t have a food budget, or can’t pay for their meds, or won’t have a roof over their heads much longer?”

Some people wonder why I initiated recalls.  These are some of the reasons.  In a perfect world, politicians look out for their municipality as much as for those who live in and work in their municipality.  That would be the consumers in this instance. Why is that?  Because it’s the consumers that drive the engine of putting funds into the coffers of these government bureaucracies.  Rich Enea already knows that the tipping rates are too high in Del Norte County.  I’m not so sure about Rick Holley.  What were they thinking?

FOR THE 5% INCREASE;  COMMISSIONER’S RICH ENEA AND RICK HOLLEY – they deserve the skunks vote.

AGAINST THE 5% INCREASE: COMMISSIONERS  GITLIN AND SULLIVAN – they deserve the roses vote.