Democrats Plan to Use Budget “Slush Fund” to Go After Guns 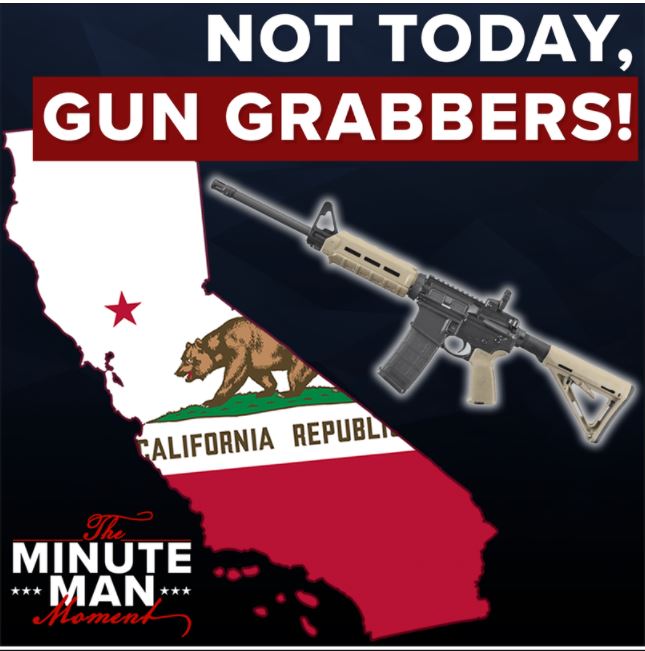 The next month will determine the fundamental direction of this country – and of the Second Amendment.

Just 90 miles to the south of Florida, Cuba has reminded the entire world how an anti-gun socialist government can destroy a country. It’s a reminder to all how big government can suffocate freedom.

But Democrats like Joe Biden and Senator Bernie Sanders want to use a $3.5 trillion budget bill to fund their socialist, anti-gun agenda. If this bill – which still does not have a number – were to become law, the Second Amendment would be in tatters.

For starters, Biden has made it clear that he can use billions of dollars from the previous COVID-relief legislation as a means to seize and confiscate guns. This is precisely what anti-gun politicians in New York City are bragging about!

These Democrats want to take money earmarked for COVID victims and redirect those funds to reestablish the gun confiscation unit in New York City which helps implement the City-wide gun ban.

This is the way the Democrats plan to implement gun control. Their budget bills will be nothing but a bunch of giant numbers which will conceal everything Joe Biden and Senator Bernie Sanders intend to do with trillions of taxpayers’ dollars.

Do you remember how Nancy Pelosi famously said we need to pass Obamacare so we can “find out what’s in it”?

When Congress votes on whether to proceed with the upcoming $3.5 trillion budget bill, most senators and representatives will have no information, other than the aggregate numbers. In fact, only Joe Biden and Bernie Sanders will fully know what they intend to do with the money.

But Biden and Sanders have not been reluctant to leak their intentions to the press.

GUN CONTROL: If Biden can steal from COVID patients in order to implement gun control, there is no part of the $3.5 trillion budget he cannot use for the same purpose. GOA will ask Congress to adopt an amendment prohibiting any of the money from being used for AR-15 bans, gun confiscation, and gun registries. We expect virtually every Democrat to oppose our amendment. This will tell you something.

AMNESTY: Sources within the committee tell us that the upcoming budget bill could grant amnesty to as many as 10,000,000 illegal aliens. A Pew poll has shown that undocumented aliens support anti-gun candidates at a rate of 8:1. So if these become voters, America will turn anti-gun in the same way that California did when 3,000,000 illegals were given amnesty in 1986.

OBAMACARE: The $3.5 budget proposal offers a massive influx of subsidies to buck up the ObamaCare program, which requires people’s medical history be put into a government run database. Of course, this opens the door for the FBI to use certain medical data to deny gun purchases. And with the government providing insurance, doctors will increasingly be pushed to ask patients and their kids whether they have guns. This will create a computer-retrievable, de facto gun registry.

TAXES: Under the budget rules, if Biden wants to spend a trillion dollars, he has to raise an offset from somewhere else. One idea that he is pushing for would increase the corporate tax rate from 21-28%. So if taxes on your local gun store increase by as much as 7%, who do you think is going to pay for that tax increase? That’s right. You, the gun owner.

Haven’t we learned that the Cuban model is not the way to go?

Please make sure that you take action and contact your two U.S. Senators in opposition to the Biden-Sanders agenda that will turn this country into an anti-gun, socialist hellhole.