Different Day, Different Story Out Of The DNUSD 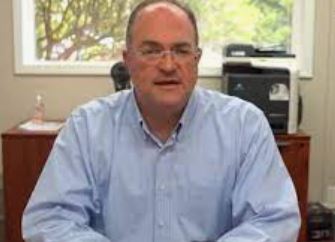 It would appear that the world of the Del Norte Unified School District
has taken a 180 degree spin on its axis since Superintendent Jeff Harris
first tried to spin the rough experience with parental displeasure on
October 18th.  In an effort to down play the recent absenteeism of 750
students unhappy with the proposed state public school mandate of Covid
vaccination to attend school to begin in July of 2022, Harris insisted
that 400 of those absent were normal on any given school day.  This
would make the protest a less troubling 350 absentees.  It would appear
though that the 750 number was closer to being the actual number of
those protesting, with an unknown number that would have joined in had
other circumstances not intervened.

Originally Mr. Harris was quick to dismiss any financial embarrassment
or hit to the District’s financial well being, but two weeks have passed
and suddenly the number $4 million is being discussed if only 350
students were to fail to enroll next school year.  Does that mean $8
million if the number was 750?  Perhaps 1,000?  Clearly over the past
couple of weeks both Jeff Napier, the District’s Superintendent of
Business and Superintendent Harris can say that they have had a  rough
two weeks.  With the revelation of serious issues with the District’s
Citizens Advisory Group that may put any future Bond aspirations at
risk, and the previous vaccine mandate rebellion, things are not looking
quite so “Peachy” for our local public schools going forward.

Not to point out original problems of poor performance in the classroom,
dubious insistence on left wing socialist education programs, and gender
mania, public education as a whole needs to go back to the drawing
board.  While Superintendent Harris may think that dashing off a letter
to Governor Empty Suit may curry favor with some of those parents
displeased with the train wreck in our local public schools, it is more
than likely too late.  The revelation exposed by the on line learning
fiasco in the District, has made a growing number of parents with
children being subjected to abysmal and dangerous indoctrination wake up
and begin to roll up their sleeves to do something about it.

Hopefully, and it looks like it may come to fruition, the District will
no longer be able to conduct business as usual and avoid public
scrutiny.  No longer will the district be able to hide behind foot
dragging over requests for information which may expose the District to
further abuses of public trust.  The district, for many parents has
abused that trust for far too long.  If the district were to be so blind
as to press forward with any kind of new bond measure in 2022 and
property owners were to get involved, who knows how much of the
District’s malfeasance will be hung on the wash line as dirty.

Harris may think that this is not about choice, about “deeply held
personal belief” that government has no right to dictate health out
comes, but that is most certainly an element of what the resistance to
vaccines is about.  That and the current insistence that you must
vaccinate for others at the potential expense to your own health.
Harris’s numbers of the revolt seem to change with the wind, but it is
unavoidable that something significant happened Monday, October 18th
that has got the District’s attention.  They can do the “right” thing by
resisting efforts by the State for that one solution solves all problems
being offered from Sacramento, but that path is strewn with thorns.

Superintendent Harris wants to hide behind State rules, but the growing
sentiment that the Covid world of government control is fragile at best,
and could quickly turn ugly for public schools nationwide.  This issue
has left the station in many ways beyond only Covid policies to a
general revolt against much of what has wormed its way into public
education on a whole lot of fronts. Personal exemptions may appear to be
an issue that the school board seeks to address, but that fails in so
many ways to clearly understand the larger failures of public schools
for decades.