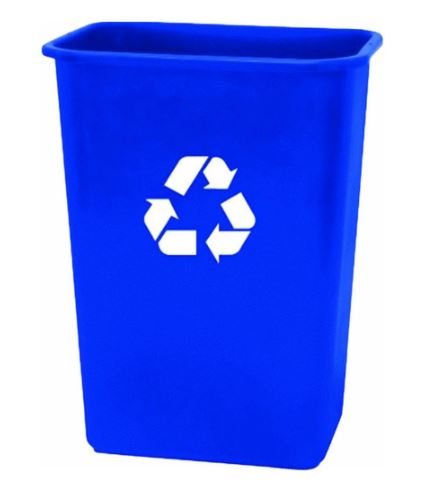 It has been awhile since the Del Norte Solid Waste Management Authority(DNSWMA)
has made an appearance in these pages, and it is no surprise it involves
Recology wanting a rate hike.  In a small, poor, rural County such as
ours, recycling is both expensive and makes very little sense.  DNSWMA’s
time would be better spent trying to exempt Del Norte County from the
State’s onerous recycling mandates.  It has been a mere two years since
Recology asked the Authority for a 6% rate hike and now they wish
another 5% plus in some cases any where from 16.6% to 39.9% for
customers who wish to have a larger recycling bin.  Granted it is nice
to see those that wish to recycle extensively pay for their desires.
Unfortunately, those that just wish to have their refuse taken away as
cheaply as possible end up paying as well.

What makes curbside refuse disposal costly is the recycling side of the
equation.  Instead of simply collecting all refuse, recycling included,
in one truck, then taking it to the transfer station to be compacted and
taken to White City, recycling requires a second truck pick up, special
handling and transportation.  Because all recycling is placed in a
single bin, sorting becomes necessary.  Recycling is made up of a number
of groups, and it is often necessary to transport them to different
places.  This all costs more money, which is seldom recovered when the
finished recycling product is sold.  In our particular case it can
double the cost of disposal, something Recology has to consider, and as
a result ask for increased rates when things like fuel costs increase
and with the third of the minimum wage increases to account for
increased labor costs.

This problem will persist for the foreseeable future as labor will
continue to rise in California at least and the future for rising fuel
costs seems assured.  It is understood that fewer customers would be
willing to recycle if they had to separate recycling into separate bins,
but it is one way to reduce costs and perhaps reduce the amount of trash
in the recycling collection.  Many county’s use this method to keep
costs down, but it has the side affect of reducing the over all amount
of recycling collected.  One other mechanism for reducing the pressure
to recycle is to lobby the State for exemptions from Cal Recycle to
allow more recycling in the trash to go to White City, a cheaper
alternative.  Rate payers with larger recycling bins will be quick to
pick up on the increased cost and subsequently over all amounts of
recycling will likely decline.

Naturally there is always the argument that we will run out of land fill
space, which was debunked many years ago, and has ended up being a very
profitable enterprise for some rural counties with newly established
land fills.  Then there is the tried and true, “But we are saving the
planet’s resources,” but at what cost? Many things collected to be
recycled are never actually used to produce new products and instead end
up back in the waste stream. This was especially true with recyclables
sent to Southeast Asia and China.  Up to 25% of those recyclables very
often ended up in rivers and streams, or simply dumped back in the
ocean.  The trick is to make common sense changes at DNSWMA, which are
unlikely to occur with the current Director and Commission.  Bottom
line, as recycling costs continue to rise, expect curbside and self haul
costs to increase.

One thought on “DNSWMA is raising rates again.”