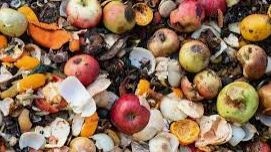 As usual the Del Norte Solid Waste Management Authority, DNSWMA, will
cost rate payers yet more money in an effort to comply with state
regulated organic waste recycling.  What is it?  In 2016 Sacramento
passed SB 1383 which mandates everyone in the State of California to
separate organic waste from their garbage to be collected separately,
another recycling truck on the road, and another bin. to fight you
guessed it “climate change”.   Most folks at this point are wondering
just how much of this “climate change” is going to cost them this time
around.

It seems that CO2 is not the target of Sacramento’s war on the tax payer
over ‘CLIMATE CHANGE”.  The new target is methane.  It would be nice if
someone would only make up their minds as to what exactly is the problem
before all gases in the atmosphere are banned in the dizzying attempt to
decide which gas is the most relevant to eliminate.  According to
another of Del Norte County’s lords, Tedd Ward, director of the DNSWMA,
methane has come on the radar of climate change extremists and food and
yard waste is a big part of the problem.  Don’t forget the cows.
Apparently, CO2 and warming of the earth’s atmosphere has been a flop in
explaining the lack of theoretical warming, hence all those “scientists”
in the California state house felt another law would fix the problem.

Clearly the idea that food and lawn waste recycling will be some what
different in rural areas, the masters in Sacramento have allowed for a
five year reprieve from the onerous SB1383’s implementation, not that
that will do much good.  Set now to be delayed until December 1, 2026,
no one seems to have asked how much will that cost the rate payers who
already pay a significant amount to haul their trash.  If the DNSWMA is
good for anything, not really that much, Lord Ward could have asked for
a permanent exemption and saved us all a lot of trouble.  Lord Ward
knows that recycling in the County costs far more than simple disposal,
yet he is talking about all the pieces necessary to add to that cost
with more recycling.  Who keeps pin heads in places where they cost the
businesses they are employed by more and more money?  Are you listening
Del Norte County Board of Supervisors, and lets not forget the Crescent
City Council?

Saving food to be reused sounds like a lofty goal.  Converting food and
lawn waste into mulch or fertilizer likewise.  If it was profitable a
private company would be first in line.  But its not!!!  Food and lawn
waste to be recycled will cost rate payers much more than simply taking
it over to White City.  It will likely cost more in other gas production
such as the CO@ from extra trucks and conveyances necessary to pick up
yet another form of recyclables.  Will wonders never cease.  Sacramento
has figured a way of making the problem for our neck of the woods
worse.  To compound the problem Sacramento’s new law does little to
cover the cost of implementing and operating the new recycling, nor give
direction as to just how it’s fiefdoms are to go about collecting the
new recyclables and what to do with them after they are collected.  Just
exactly how much mulch and fertilizer will the state require for their
flower gardens around the state capitol?

We already know that Lord Ward is clueless and fascinated by recycling.
Money is no object when it comes to “Climate change”.   Just dig deeper
into those empty pockets Del Norters….