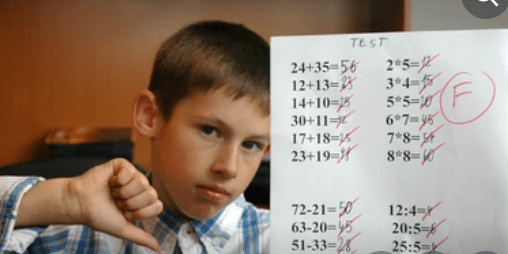 It seems like a half century ago that some people in this Country
noticed the affect that public education was having on the American
people.  This awareness spawned a host of books and articles giving each
author’s reasons why this was happening, not that it might be
happening.  Many very qualified authors covered the gamut of reasons
from lack of public finding to teacher’s unions.  In the years since,
the dumbing continues across most of the nation, where the United
States, once the “gold standard” for education was being passed by many
nations to the point the United States has been consistently ranked at
the bottom of developed nations for years.  California, depending on how
progressive the source, has been ranked among the states anywhere from
21st to 42nd.  Quite a spread.  The Del Norte County Unified School
District was not found in the listing of the 780 top ranked districts in
the state’s ranking system.  There are 1,037 school district’s in the
state as of 2019-2020.

Not a pretty picture.  The only school in the Del Norte Unified School
District that breaks the forty percentile is Bess Maxwell at 43.6%.  The
most dismal performer is in Klamath, Margaret Keating, at 6%, several
are in the teens and low twenties.  The exception is Del Norte High
School at just over 70%.  Before you start thinking that the High School
is a shining example of success, be aware that most low performing
students have been shifted out of the high school to alternative
education programs where their low performance does not impact the over
all rating of the high school.  These scores while abysmal actually have
improved slightly over many previous years going back twenty five years
or more.

From the “No Child Left Behind Act” in the eighty’s to the more recent
efforts by Governor Hair Gel in 2018, public education has been on the
down hill slope for decades.  The birth of teacher’s unions in the
sixties was thought to make a huge course correction, and it has proven
otherwise, as the decline became more noticeable when California’s
National Education Association gathered money and political power to
affect many things other than those that benefited teachers.
Proposition 13, and the control of revenue, much of it going to public
education was thought to be the problem.  California’s Supreme Court
decision to even the playing field between rich districts and poor was
ticketed as a reason, yet none of the “solutions or causes” have made a
difference.

We’ve been told that social and cultural difference have made the
“apparent” dumbing down phenomena worse than it really is. Examinations
from years prior to the 1940’s make even PhD’s wilt with frustration.
Eighth grade examinations in order to graduate in 1918 are all but
incomprehensible for even the brightest in today’s world.  The youth of
today do not appear to have had a regular diet of “stupid pills”, nor
did they at any time over the last half century, so what is the problem?

Next up, Could poor performing public education be the reason behind all of
the modern examples of public dysfunction and discord?