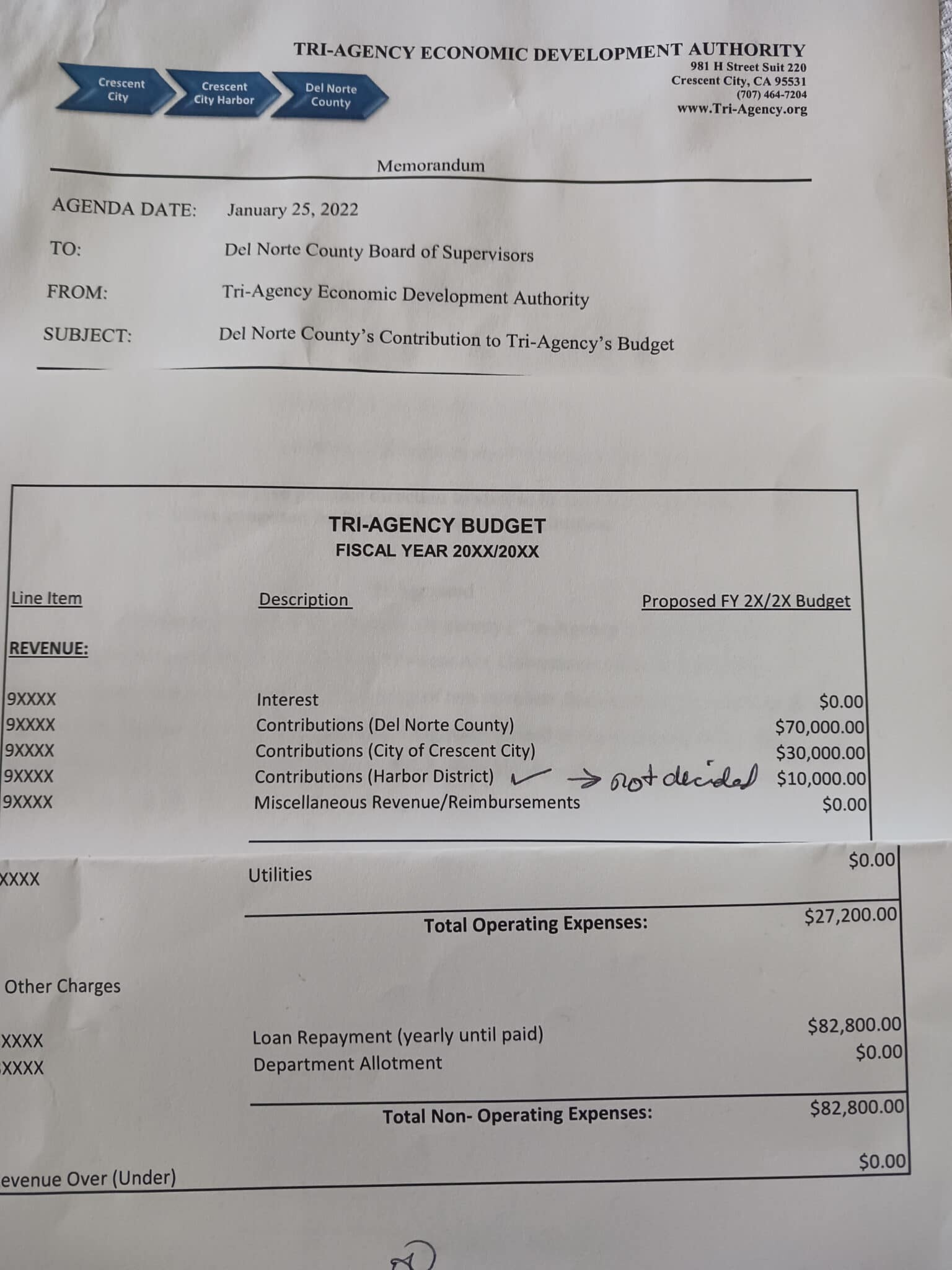 The Del Norte Tri-Agency is currently a 50 year failed agency.

Around 2012 it was to be dissolved because it was out of compliance with state and federal mandates. The Del Norte Economic Development Corporation was to take over.

During that time Eli Naffah (previously served as City Manager for Crescent City) and other appointed people by that current board of supervisors failed to provide audits and develop plans that insured success of businesses. In actuality no one was minding the hen house.

It took 5 years for a response from the U.S. Department of Commerce, who nonchalantly expressed they had dropped the ball regarding the dissolving of the Tri-Agency.

In a letter dated August 21, 2019 to Eli Naffah the Department of Commerce stated  that Del Norte Economic Development Department which was supposed to take over the Tri-Agency owed $1,,003,467.64 and had to pay within 30 days or 3 years at 1.46% interest.

Apparently,  the taxpayers have been paying on this loan but not in a transparent way. When the Board of Supervisors want to hide what they are spending, they place it on the consent agenda instead of the agenda for regular items of discussion.  This is why we lose our precious public funds to frivolous expenditures.

Is this what the public wants?