Do we need to start organizing MILITIA’S? 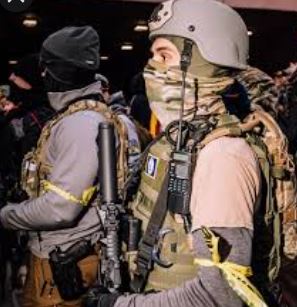 The Second Amendment to the Constitution of the United States of America is as clear in its meaning now as it was when it became the law of the land.  It reads as follows:

“A well regulated Militia, being necessary to the security of a free State, the right of the people to keep and bear Arms, shall not be infringed.”

Unfortunately many Americans, our representatives, and many of our leaders, wish to give a meaning to this statement. There is nothing in the wording that talks about anything other than their concern that a disarmed citizenry could not defend themselves against a tyrannical government that imperiled a free state.

It is not about hunting, sports shooting, target shooting, or even the
gun violence that has occurred since the amendment was ratified.  It is
not about self defense or any other form of the use of arms.  The men
who made up the group known as the “framers” were concerned about the evolution of the Federal or even State governments that had clearly
overstepped their constitutional authority.  While citizens may look at
various authorities that the Federal Government has assumed over the
nearly two and a half centuries of existence, many are unconstitutional.  They may seem benign, yet that does not excuse the Federal Government of its actions.

What may seem benign for many, it may appear to other citizens as a
government that no longer represents its citizens by its over reach.
The Second Amendment  became part of the United States Constitution to
address such over reach by the Federal Government should it become
tyrannical.  It allowed the citizenry to be armed and form militias as a
check on Federal power.  The framers understood that there should be no
limits on what “armed” meant. Clearly knowing that as the Country grew
and developed, the citizenry must grow and develop, including how they
were armed. They had faith that an educated and personally responsible
citizenry would be able to oppose any effort by the Federal government
to over step.

It is unfortunate that the population of the United State has in many
ways forsaken that responsibility, both from a personal responsibility
stand point and an educational one as well.  No one wishes for an armed
conflict to commence within the United States, but the Second Amendment allows for that to happen should it be determined by an armed well regulated militia.  The Constitution of the United States has in many ways constructed a significant number of checks and balances in its
text.  The Second Amendment is the final check on the Federal Government should it become necessary.  Various federal gun control efforts are unconstitutional.  Most State efforts are as well.  It is irresponsible to suggest that the penultimate restraint on Federal and State power should be harnessed in any way.  The Second Amendment is not meant as a frivolous part of the constitution, but a serious last resort to check the power of our Federal Government.

2 thoughts on “Do we need to start organizing MILITIA’S?”