Do You Agree With Sen. Diane Feinstein? 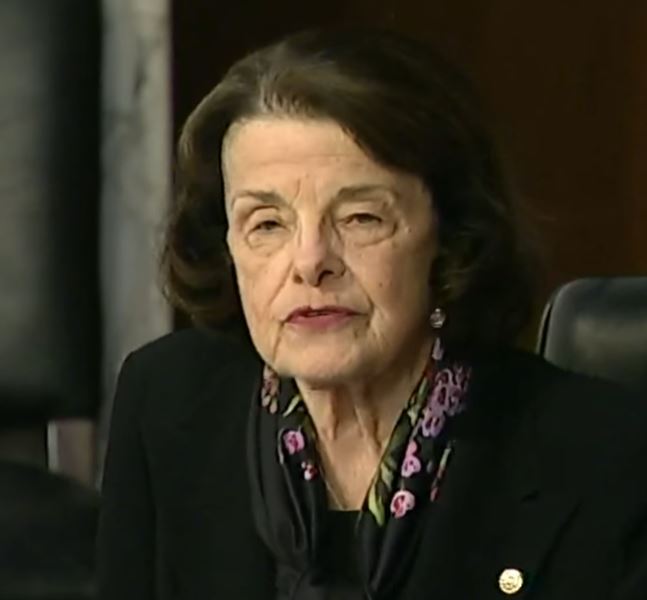 After being a lifelong Democrat, we moved to Crescent City in 2007 and received a notice that the wastewater treatment plant was going to be upgraded and expanded.

By the end of 2007, I knew enough about that project to realize not all was well with the people that governed this city. In a small town like ours, $20 million would have been affordable with just a slight increase in sewer rates. But, NO! They had a City Council that didn’t ask questions, listened to former Public Works Director, Jim Barnts, and rubber stamped a project for over $43 million with rate increases that could choke a horse.

Then, come to find out that our City put fluoride in the water. For 44 years. UGH!

Is there no end to idiots in the government? What to do? Take it to the two parties and explain the harm of fluoride in the water. The Democrat Central Committee wouldn’t give us the time of day. And that’s when I stopped being a registered Democrat. Not that I think our local Republican Central Committee (RCC) is any better these days. At least some registered Republicans still believe in smaller government and lower taxes if not the RCC.

Typically topics come up throughout the year that scream out, “Write our Senators!” Confirming Ketanji Brown Jackson was just a subject because I didn’t like what I was learning about the woman. Here’s part of Sen. Feinstein’s response:

“On April 7, 2022, the Senate confirmed Judge Ketanji Brown Jackson to be the next Supreme Court Justice by a bipartisan vote of 53 to 47.  I was pleased to vote in support of this highly qualified nominee.  In addition to her exceptional record and credentials, Judge Jackson has also made history as the first Black woman confirmed to serve on the U.S. Supreme Court.  You can read my statement on Judge Jackson’s confirmation, which describes her qualifications and her judicial record, at: https://sen.gov/4X1L.”

I admit voting for Obama the first time he ran for President because I thought it would be historical to have a Black man in the White House. Big Mistake! Horrible president.  Only to be surpassed by the worst President ever; Obama’s former VP….Joe Biden.

Sen. Feinstein’s next sentence invites you to watch the confirmation hearings.

“On April 7, 2022, the Senate confirmed Judge Ketanji Brown Jackson to be the next Supreme Court Justice by a bipartisan vote of 53 to 47.  I was pleased to vote in support of this highly qualified nominee.  In addition to her exceptional record and credentials, Judge Jackson has also made history as the first Black woman confirmed to serve on the U.S. Supreme Court.”

Will history repeat itself and we’ll feel like this was a BIG mistake? I believe so. I watched parts of the hearings and was pretty disgusted. Of course, social media went off on her when she couldn’t define a woman because she wasn’t a biologist. Even worse is her record for being lenient on child pornographers.

I’m not sorry for leaving the Democratic Party. I’m beginning to think that the two party system is broken beyond repair. Thinking seriously of re-registering as an Independent after receiving the RCC pick for Supervisors.

As I walk around town collecting signatures on tax repeals, I’m learning that a lot of people don’t even know that the City and the County increased the sales tax. Frightening. They know they’re getting poorer by the day and don’t know why.

Thanks to Biden, Newsom, our Democratic controlled legislature and our local government we can be assured to suffer through more and more assaults on our wallet and our freedoms unless and until people start to wake up and do their homework.

2 thoughts on “Do You Agree With Sen. Diane Feinstein?”