Does Crescent City Have to Worry about the Volcanic Eruption on Kilauea? 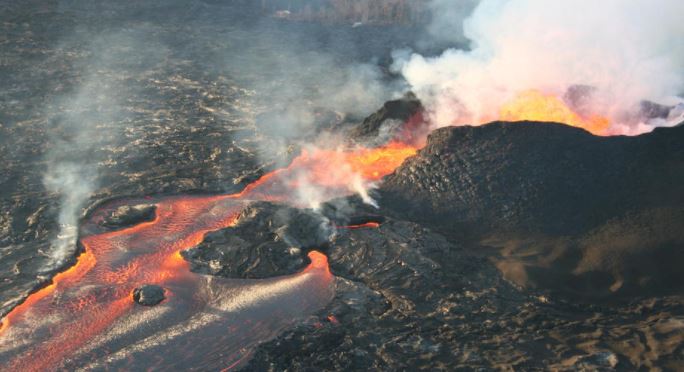 Sunday night, December 20th, the active volcano on the big Island of Hawaii erupted. But, before it erupted there were a number of small earthquakes. An hour after the eruption they experienced a 4.4 magnitude earthquake. No significant damage was reported to buildings or structures and none was expected. Residents were asked to stay indoors. Although everything is now contained, an advisory was issued in order to avoid potential ash exposure. Sulphur dioxide, which smells like rotten eggs is released when it combines with oxygen and atmospheric moisture to produce volcanic smog (vog) and acid rain. This is potentially very dangerous to people with respiratory conditions.

Do we in the Pacific Northwest need to worry? Not this time. Unlike the 8.9 magnitude earthquake in Japan in 2011 that resulted in our own Tsunami, rest assured that the Hawaiian volcanic eruption will not create a natural disaster in our area.

Here’s why. The Pacific Northwest has at least 13 active volcanoes. According to Oregon State University geologist Adam Kent, the geologic system here is in no way related to the hotspot chain of Hawaiian volcanoes. Whew! That’s a relief. I don’t think we could stand any more stress the last month of this year.