Don’t pick the Trilliums and other news 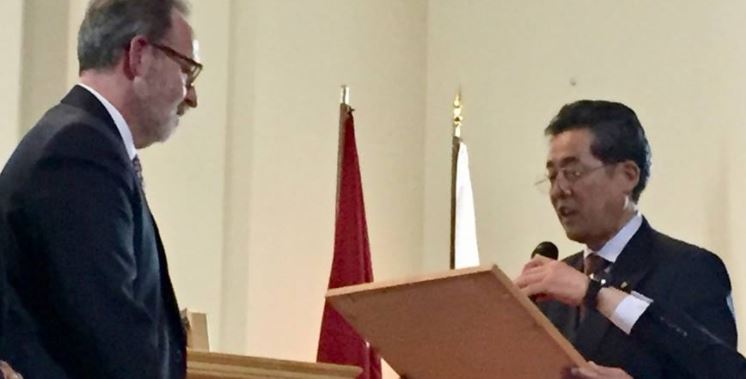 Opinion Piece By Donna Westfall – April 17, 2018 – Monday night, April 16, 2018, a delegation from Japan came to a joint meeting of the Board of Supervisors and Crescent City, City Council to futher the sister-city relationship. Read Sup. Bob Berkowitz recap: SWITCHING TO THE GAS TAX: Jerry Brown’s platform in 2010, “NO NEW TAXES WITHOUT VOTER APPROVAL.” This was called a CORE PROMISE. However, as governor in 2015, he changed his mind. In 2017, he pushed through the 12 cents a gallon gas tax and higher vehicle registration fees WITHOUT VOTER APPROVAL.  No wonder the  Assemblyman from Huntington Beach, Travis Allen, wants to replace him. I can’t say that I blame him.

Travis Allen put out a ballot initiative to repeal the gas tax. The Calif. Attorney General (AG) came back with a title and summary and that’s when Allen sued.  He won his case in Superior Court against AG Becerra because even the Judge in the case saw there was no mention of “tax” or “fee”.  Tavis Allen said in a CBS interview October 22, 2017, “The Judge actually said the title and summary was so misleading he took it out of his hands and wrote it himself.”

Before one City Council meeting in So. Calif. protestors shouting:

Meanwhile, the list of cities and counties continues to grow joining US Attorney General, Jeff Sessions’s lawsuit against our State over SB 54, Sanctuary State.  Currently there are city councils and boards of supervisors voting in favor of opting out of SB 54 and joining the lawsuit with Sessions against Gov. Brown and Calif. AG, Xavier Becerra. The list is growing longer by the day:

Fighting back against SB 54 through resolutions, ordinances or amicus briefs:

Los Alamitos City was the first.

Gov. Brown is up against a two fronted attack.  One from above, the federal government; and those from below, the cities and counties.

Back in Del Norte County, while corresponding with a friend in Japan about SB 54, he sent this when I told him about our BOS Chairman, Chris Howard not wanting to put a discussion on the agenda.  At one point thoughts about picketing the Japanese delegation with signs like this, “Supervisor Chris Howard-san is a coward.” A plant in the lily family that grows in the wild in temperate climates like Crescent City.  Please do not pick them because in the white trillium species it takes 7 years for them to grow back. Their seeds are spread by ants.