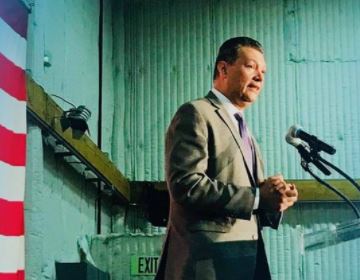 “I’ve just obtained a Legal Opinion from the Office of the Legislative Counsel confirming what I’ve told Governor Newsom repeatedly: there are legal issues with his appointment of Alex Padilla to the Senate, as the Constitution requires an election.

I’ve sent the Legal Opinion to Senate Majority Leader Mitch McConnell, along with a letter advising that the Senate not seat Padilla unless these legal issues are resolved. The Constitution authorizes the Senate to judge ‘the Qualifications of its own Members.’

Even after being restrained by the courts for exceeding his authority, Newsom is once again trying to claim for himself power that resides with the people. The last thing California needs is for Newsom’s one-man rule to yield a hand-picked Senator who could serve for decades.

In choosing Padilla, Newsom is not just trying to unlawfully install his own political ally as our permanent Senator. He’s also elevating a politician who just illegally gave $35 million in taxpayer funds to a ‘Team Biden’ firm for ‘voter education.’

As our state’s top elections official, Padilla used his post to illegally influence elections; now he’s presuming to become a Senator without an election at all. The irony would be dizzying, if we weren’t already so well-oriented to two central facts of California politics: corruption is the way to climb the ladder, and Gavin Newsom’s shamelessness in advancing his interests knows no bounds. What’s more, Newsom has already announced another appointment to fill Padilla’s position as Secretary of State.

This Legal Opinion says not so fast.”