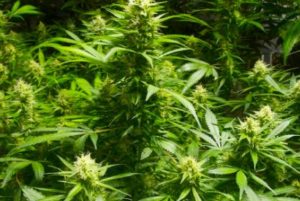 Today’s headlines -lot’s of excitement in the High Desert of California which is about an hour’s drive north of Los Angeles. Illegal marijuana grows suspected by international cartels were busted! We’re not talking small potatoes here. $1.19 billion worth – that’s Billion with a “B.”

Here’s what happened. In the Antelope Valley, neighbors, businesses and farmers of alfalfa, potatoes, and carrots complained of millions of gallons of water being stolen during the night.

In a 10 day operation Los Angeles County Sheriff Alex Villanueva said that his office in conjunction with other law enforcement agencies went out and seized tons of marijuana resulting in 22 felony arrests, 109 misdemeanor arrests, and 19 arrests from water theft.  How many tons? 16 tons. International cartels are believed to be behind this and had over 200 locations where law enforcement seized nearly 375,000 marijuana plants. Lancaster Mayor R. Rex Parris said Tuesday’s operation had found $380 million worth of infrastructure and marijuana in the area.

In addition to the arrests and seizure of marijuana plants and over 33,000 pounds of harvested product, also seized were 65 vehicles, $28,000, guns and 180 animals.

Even though recreational marijuana became legal in 2018, the black market thrives. And now we know why. Steal water, grow and harvest product and reap the rewards. But in this instance, jail and prison time come into play.

One thought on “Don’t steal water from farmers!”