Skip to content
Board of Supervisors Covid-19 Dr. Stutz This Weeks News 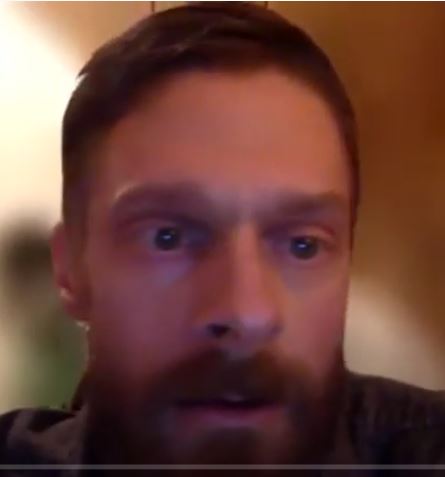 In a recent version of Dr. Stutz’s Traveling Road Show, we were regaled
with all the reasons why the mask mandate would not be suspended.  There
is a solution, however;  get rid of Stutz.  The County could save a
bunch of money by just letting the Centers for Disease Control call the
shots for Covid preventative mandates. $130,000 or so saved in one fell
swoop.  Maybe a few trips to Japan on the other side of that move by the
Board of Supervisors. But seriously masking can be compared to setting
“Stop signs” at a busy intersection?  Surely there is more to the
thought process about utilizing “stop signs” than has been with the
effectiveness of paper or cloth masks as a virus preventative?  If you
discount the utterly worthless study by the CDC that claims masking
effectiveness, there are multiple studies from abroad saying masking has
absolutely no effect on the transmission of a virus.

The truth of the matter is that Dr. Stutz is way over his head when it
comes to making decisions regarding Covid related topics. He does not
follow the well established time line of four to six weeks for a virus
to move through populations before moving onward.   Granted it may
return to a community several times during a calendar year, but four to
six weeks is about the length of time it takes to move on.  Our
experience in this community has been precisely that.  Neither masking
nor vaccine percentage has had any effect what so ever.

Dr. Stutz’s pronouncements before the BOS every two weeks will continue
to find ways to keep masking in place no matter what.  He is asking that
two conditions be met, all surrounding numbers which have been suspect
since the opening day of the pandemic. Confirmed cases and vaccination
rates are his current goal lines for removing the mask mandate, which he
acknowledges with the on set of cold, rainy weather will be difficult to
be met.  He unapologetically is saying at least four to six more weeks
of masking is likely with his metrics allowing him to continue with
moving the finish line.  Likely it could be early January of the
continuation of a pointless masking mandate.  What is chilling is that
our BOS seems unfazed by this prospect, with Supervisor Starkey stating
she felt comfortable with wearing a mask.  For a couple of hours during
a Board meeting maybe, try working for eight hours at a check stand or
behind the counter at the Post Office, and see if you feel the same,
Supervisor Starkey.

The bottom line is that Dr. Stutz’s messaging is to merely follow
blindly the CDC’s propaganda with no thought to question as many have
the obvious problems with that propaganda.  While he is comfortable
spinning masking as comparative to a “Stop sign”, he is oblivious to the
obvious fallacy of the comparison.  He scoffs at people who are
frustrated with following a mandate that so obviously DOES NOT WORK!
China has recently been outed in a massive way  making it clear to even
a child that intensive public restrictions, masking, social distancing,
rigid lockdowns, massed vaccination, and travel restrictions did not
prevent a significant surge of the Delta variant in China at the same
time we had ours. Dr. Stutz’s for all his hand wringing simply cannot
make an irrefutable case for continuing the mask mandate.  Our spineless
sheep at the BOS simply nod their collective heads and return to the
sheep pen to wait for release two weeks further into 2021. Happy
Holidays everyone.  Hope you find joy in continuing to wear a mask into
the New Year.