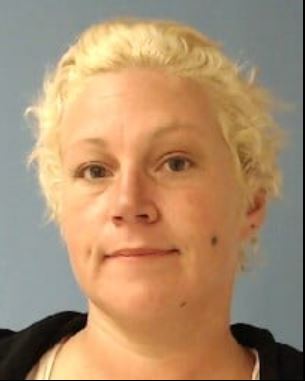 On 3-15-2021 at about 1740 hours Officers from the Crescent City Police Department (CCPD) responded to 665 L Street for a report of known female subject with a firearm. Management on scene had called for assistance in removal of the subject known as “Natalie” who was not a resident and was reportedly selling drugs in the area.

Upon arrival CCPD Officers located Natalie Wright (age 40) in a vehicle on the property. During a consent search of the vehicle officers located a loaded .40 caliber semi-automatic firearm along with several grams of methamphetamine, heroin, along with other evidence that led the officers to believe that Wright was selling controlled substances at the location. The firearm was also confirmed to be stolen from a vehicle in the Crescent City area in 2020.

I would like to note that the information that led to this arrest was a direct result of a new partnership that the CCPD has with the Legacy Management as a part of our Crime Free Multi Housing Program. CCPD Officer Sanders has been recently assigned to this program and has been working on developing new connections with Managers throughout the city.