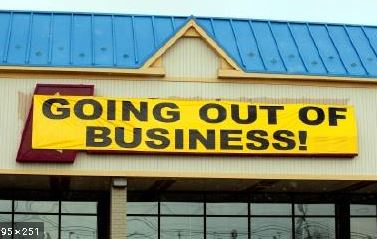 In a recently posted article by none other than Jessica Cejnar,
“Crescent City introduces and is already chipping away at an Economic
Development Plan”, we will find a regurgitated narrative of what
Crescent City imagines what “Economic Development” represents.  The
piece is clearly cringe worthy as she, the journalist, fails miserably
by not asking such an obvious question, “What exactly in the entire
piece represents any sort of economic development?”

The City’s finest is well verse in talking about Beach Front Park, Broadband, and HAS199.com, but what has that anything to do with the “Grand” plan to
shake up the lack of any economic development what so ever in downtown
Crescent City.

Of course when it comes to economic development, the Crescent City
Council hasn’t a clue as to what it will take to make new businesses
viable in downtown Crescent City.  It most certainly isn’t broadband,
the Beach Front Park Project, or even the opening of the swimming pool
at the expense of a half million dollars per year.  It is hard to open a
business when City government gets continually in the way.

Most businesses in Del Norte County, let alone the City, must contend with an
unequal competitive playing field of which recently both the County and
the City have made it worse not better.  It is hard to compete with
businesses a mere 21 miles away when gasoline can be up to a dollar per
gallon cheaper, sales tax is zero, and a wide variety of shops are not
crowded out by big box stores.  Especially when those same big box
stores are allowed to remain open for the past year when many small
businesses were forced to close or depend on random openings with yet
more layers of regulation heaped on their backs. The latest closure: Wing Wah Restaurant in the Safeway Shopping Center.

There is nothing about City Councilors who grandstand when talking
about improvements to the City’s irrelevancies, when real problems with
the Council’s  decision making adds yet more burdens to existing
businesses and makes it fool hardy for any one wishing to start one.  As
vacancies continue to multiply in the City’s core, how is it that new
residents will be attracted to the down town area?  How is it that young
people who already flood north for entertainment and shopping will
remain in Crescent City when broader horizons beckon?  How is it that
these wandering youth will be beckoned back to Crescent City when good
paying jobs are scarce and opportunities for a start up business is
another mountain to climb?

We already have enough taxpayer supported employees in this community
without the tax base to support it.  It has become so ingrained in this
community and such a burden that “economic development” is but wishful
thinking.  The average salary in both the County and the City is skewed
to the point that government pay totally overwhelms that of most in the
private sector.  When you add the benefit package most receive, small
business find it difficult to even compete for the employees to operate.

I see no evidence that the City is even aware of the problems most small
businesses have to deal with on a day to day basis. What has been
outlined here is only the tip of the proverbial iceberg, and Cejnar
gives little to believe that the City’s Council even cares enough to
clean up their act.  Workshops and paid consultants are but sophistry
for the uninformed citizenry. A few more uninformed citizens do not make
an unrealistic desire workable or successful.  The reason two new
members of the council were installed was due to the appalling
shortsightedness  of Crescent City’s previous Mayor, Blake Inscore.  In
less than a calendar month, at least from the tone of the comments in
Cejnar’s article, the new members of the council are as clueless as the
existing and former members of the Council.