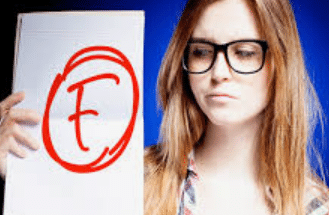 It is not exactly a stretch to notice that with the decline of public
education over the past sixty years, that there has been a similar
decline in the state of life here in the United States. While not all of
the dysfunction and divisiveness can be attributed to the down hill
slide of the American public education system, it can’t help but be
noticed that it clearly has had a major affect on the ability of
American citizens to function in today’s world.  Our once vaunted
education system for all intents and purposes is in tatters.  Americans
are barely able to think critically about their path forward without
begging for help from the nearest public agency.  Whole swaths of
citizens can barely function when the slightest emergency erupts.
Unless an elected leader has a “D” or “R” in front of their name, most
voters would be hard pressed to answer the simple question “Why did you
vote for that person?”

For the best part of the last sixty years, the public education system
has become the church of group think.  There are few attempts in public
education to foster the notion that a human mind can make its own
decision, rather the higher authority to make those decisions must come
from governmental constructs. Education, funded by government has
created a monster of compliant sheep, often unable to accomplish the
simplest tasks.  Making them more likely to be waiting for some higher
authority to solve their problems.  The self reliant, and independent
thinkers banished into obscurity, never to surface again.

Public education for decades has created millions of moribund brains,
unable to be relevant in modern society.  Like robots waiting to be told
what it is they are to do with their lives. Gone is the promise that a
good education for most of the younger generations will lead to great
success, to be replaces by replicates in a soulless society unable to
exercise their minds when choosing  between the “D’s” or “R’s” at a
local election.  No possible chance of distinguishing between what
amounts to good or beneficial leadership and abysmal failure.

The founding fathers of this Country understood the value of a well
educated population being the cornerstone of a well functioning
Country.  They also were clear that the education provided should not
come from the limited bounds of a national or even state government, but
would be provided by the citizenry itself.  They were very clear that
should the government become involved in education, it would eventually
doom our form of government.

Clearly our current situation has long since passed the standard set by
the founders for a continued success of this nation. Public education is
a catastrophe that no longer serves to educate, instead it has chosen to
indoctrinate.  Gone are most efforts to make our youth thinking,
functional human beings ready to embrace the world to find solutions to
its myriad problems. Instead we find our educational system preaching to
the expected faithful, careless about whether or not they have a mind
deserving of independent thought.  Education has become an ideological
strangle hold over young minds to conform or be censored into oblivion.
No longer is it “acceptable” to have any other ideas to offer that might
“offend” the narrative, and woe be it to you if you deviate…  The
advent of the strangling of America begins with and ends with public
education….