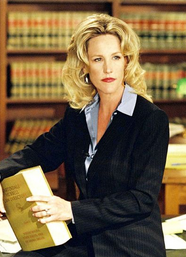 Dear Ms. Mosley, et al. This letter serves as a formal notification to the IOM (Institute of Medicine) and NAS (National Academy of Science) leadership, you as registered agent for the NAS, and the Food & Nutrition board members personally of two issues:

I. Failure to maintain the ‘DRI: Elements’ table with current and accurate information reflective of the science on fluoride, some of which was provided by Committee on Fluoride in Drinking Water for the 2006 National Research Council.

II. Failure to warn the government and public of the health risks fluoride ingestion poses to the young, elderly, and those with health conditions. Given that the IOM DRI table that includes fluoride is used by state Departments of Health, local Boards of Health, and medical professionals as justification for the fluoridation of water supplies which results in uncontrollable doses and ubiquitous contamination of drink and food with fluoride, an inorganic chemical characterized by chemists as a poison and labeled as a neurotoxin in 2012, the continued failure of the IOM to fulfill their ‘aim of helping government to make informed health decisions based on evidence’ will make the IOM and its leadership culpable for damage caused by ingestion of fluoride in food or drink. Moreover, by allowing the fluoride section in the DRI:Elements table to stand in the most recent 2006 DRI when almost every major point in the 1997 NAS document used to justify the DRI has been since scientifically disproved, the IOM fails to fulfill its ‘mission of asking and answering the nation’s most pressing questions about health and health care.’

Ann Yaktine, Board Director F&N (Food and Nutrition Board)

The entire 24 page letter can be found at the following file if you copy this address into the browser line.