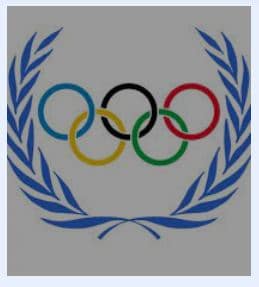 The Winter Olympics are due to take place in China in the city of Beijing. They are set to begin on February 4th and run for the following 16 days. However, there’s talk of boycotting the Olympics.

Let’s not minimize the importance of the Olympics. Where else can nations of the world come and compete in games?Athletes train countless hours to hone their sport. Winning medals is the epitome of being the best of the best, and taking pride in one’s nation.

Some athletes come home and are able to score financially endorsing products, but most don’t. Some are actually proud of representing their country, unlike a few from the United States that had to politicize the medal ceremony.

Getting back to politics, the reason boycotting is being discussed is because of the Genocide being practiced in Xinjiang, China against the Uyghurs (pronounced wee grrr) and other ethnic and religious minorities such as the Kazakhs, Kyrgyz, and other Turkic Muslims. The persecution started systematically in 2014.

The issue of human rights in China is now coming into the spotlight after the United States announced a diplomatic boycott.

Mike Pompeo, former CIA DIrector under President Trump from 2017-2018, then Secretary of State from 2018 to 201 has this to say in his December 3rd article:

“The US must completely boycott the upcoming Olympics in China.

The world’s gathering at the Olympics is tacit approval of the host country by the participating countries.  That is why the games were badly stained when they were hosted by Hitler’s Germany in 1936 and why they will again be stained by the Chinese Communist Party’s genocide in 2022.

It is for this very reason that the United States must rally its allies and partners to fully boycott the upcoming Olympic games in Beijing.”

Why are the Uyghurs and ethic minorities are being singled out. 1 – 2 million are in re-education camps and being a source of forced labor. Women are being raped, people are being tortured. Reports of being sterilized and organs harvested. They are dying in the camps.

There are 380 re-education camps around China.

The Chinese government claims to be fighting terrorism or eradicating poverty. What is happening instead of the criminal prosecution and persecution of a minority segment of the Chinese; 11 million out of 1.4 billion Chinese.

Does this sound like a repeat of Nazi Germany?

Yet if you view some of the actions talked about and taken at the United Nations, you’d think that China was a glowing example of freedom, free thought and expression. The height of hypocrisy.

Should athletes take a stand when lives and freedom are at stake? Should the governments take a stand and boycott the Chinese Winter Olympics?

We know what happens when leaders whether they are business leaders, governmental leaders or leaders of non-profits turn their heads and ignore what is right in front of them. Genocide continues. Maybe it’s time for the Chinese people to revolt?

Wouldn’t it make more sense to chose a nation to host the Olympics that doesn’t practice Genocide?