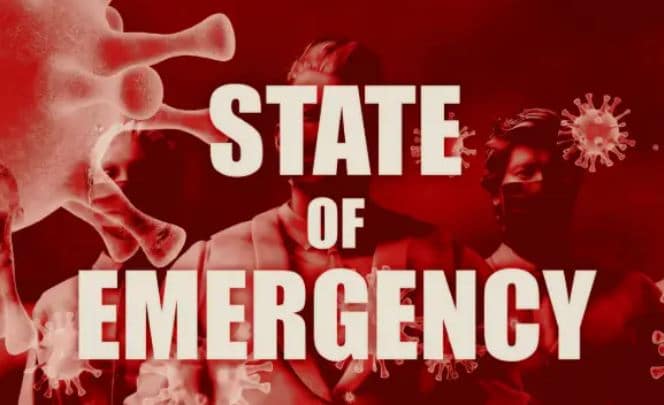 Around the World, unilateral authoritarians are challenging Democracy.  As Ukraine defends it’s people, its land, and their democracy from dictator President Vladimir Putin, California citizens are being threatened with an elitist communist agenda promoted by some in the righteous California Legislator.  New California Senate and Assembly Bills (SB’s 871, 866, 1479, 1018 & AB’s1993, 1797, 2098) demonstrate Democratic Legislators that are beyond Socialist.  It’s hard to imagine these people have taken an American Constitution Class, and should be investigated.  Displaying their hypocrisy, politicians are exempt from their own mandates.  Politicians give evidence of their poor leadership style of “good for thee, but not for me,” and prove they are only serving themselves.  The negative consequences resulting from these mandates are just as dangerous, and the executive authority has caused equal or greater devastating effects.

California’s manufactured State of Emergency continues to instill fear through intimidation, and divide our communities.  In the past, California’s economic and social dominance was a result of free market capitalism.  Now, our politicians and their special interest groups are threatening Democracy, and Capitalism.   Lawmakers have sold out, and are imposing laws that inhibit Doctors from providing any judgement contradictory to their political agenda.  They want to push their government vaccine, instead of promoting wellness, fitness, and nutrition. Government is promoting fear through their propaganda, and censoring free thought and truth.  They want to diagnose citizens as “depressed” or “mentally ill” so they create a new department to treat them, and medicate them.  These politicians are self-proclaimed Scientist’s, but they’re just Communists.  Career Politicians well diversified in their in market investments are benefitting from the policies they create.  The rapid increase in Government programs and spending is an insult to our State, and our People.  Yes we can help take care of each other, but most of us can take care of ourselves.  We don’t need drug (vaccine) pushers, or ongoing DNA archiving and analysis (tests) to be safe.  What we need, is the “ability to decide for ourselves.”  A persons self-Interest decisions were once self-evident truths.  These self liberties  are now under attack by Politicians.  Whatever side of the Covid perspective you are on, both have consequences.

Of course, some people can’t take care of themselves and fortunately we have resources to help them.  Historically, a limited Government approach was more successful working in collaboration with families, church’s, psychiatric hospitals, brotherhood, and enterprise that gave back to the community.  Some people don’t want to take care themselves, and that’s where Government has developed a market in the economy.  We see more government expansion enabling bad behavior,   Private medical providers should be providing these resources, not Government.  It is no mistake, the more money we put into social services, the bigger the problems become.

Then you have the working class, who are taxed with paying for the infrastructure upgrades, criminals, the non-employed, and the Government Employed.  Working families are being required to provide more and get less during radical inflation increases, and ongoing gas price hikes.  The upper class pay their fair share, but too often get money back from subsidies, corporate tax breaks, and now PPP loans.

Whether it’s paying for Government programs, infrastructure projects, or increased regulations; we are paying more to evaluate situations than the cost to solve the problems.  We are setting terrible examples for our next generation of leaders.  We rarely get things accomplished (with the exception of creating more government,) as EVERYTHING is Covid protocol.  Schools can’t teach, and governments can’t govern in the threat of Covid lawsuits.  If common sense could talk, wouldn’t it say: “if a person can be sued for not enforcing masking, the same would also be true for enforcing masking.”  Sad, it’s almost become taboo to say “Freedom,” and “Constitution.”

As President Putin bombs Ukraine, our American way of life is under assault from likeminded authoritarian Communist Politicians in California.  When the Governor claims it’s “California For All,” it’s his family enterprise that benefits the most.  The “Joke of Emergency” has allowed the Governor, and leftist liberals to pass legislation without barriers.  The so-called emergency is being weaponized to expand government, while it suppresses private enterprise.  Perpetual States of Emergency will become the new norm to conduct governance.  Fire season is quickly approaching and the “West” will have to demonstrate their fire preparedness.  Has California redeveloped their Forest Management?  Or has fighting fires become the new trend, accepted and economized?

California has always championed progress, and occasionally that comes with mistakes.  It’s time to right our wrongs and stop the political pendulum before it ruins our democracy.  We need to toughen up, and make a call for action.  California can lead the way, but not with this authoritarian rule.  California’s abundance of natural resources and the smartest, most creative people in the World can renew innovation and inspire equality.  Career politician without term limits are holding the state hostage for their personal gains.  They are disconnected from hard working American Families and they only serve themselves and their beneficiaries.  Whether it take words, letters, threats, or actions; our “Individual Born Freedoms” are non-negotiable.

Where do we go from here?  Will we begin to heal and unite, or continue to be divided? Will our democracy implode, or will California regain its role as a “the most progressive society in the World?