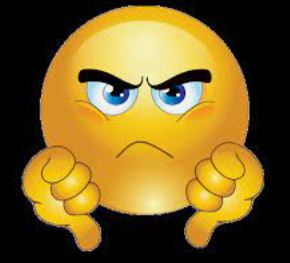 Pedestrian safety just took a turn for the worse, January 1, thanks to Assemblymember Jim Wood and State Senator Mike McGuire.

Both Assemblymember Wood and State Senator McGuire voted YES on the Freedom to Walk Act.  As long as conditions are safe one can J Walk. Do legislators Ting, Wood and McGuire have any recognition or appreciation for those who may have too much  to drink,  high on drugs or just plain have little or no understanding of what are safe conditions to cross a busy highway, sans traffic light or illuminated crosswalk? Ting and the rest of the Democrat Left who passed this Bill apparently have little understanding or care for public safety.

Ting pulled the race card citing law enforcement unfairly targets citizens of color on J walking with up to $250 citations. The Law’s intent is to stop law enforcement harassment on people of color. I was not aware our law enforcement was targeting individuals of color in Del Norte County. This new law actually places Black and Latino citizens and all J walking pedestrians at greater risk of serious injury or death as a result of unintended contact and an unfortunate meeting with a two ton plus vehicle.

Assemblymember Ting and his supporters fail to understand laws are crafted to protect people, not to punish them. Laws are intended to be obeyed, not ignored.

To his credit, the Governor cited public safety in vetoing the first version of AB2147. Ting scurried back to his racial blackboard (no pun intended) and added, “as long as it (conditions) is safe.”

The new law will significantly compromise public safety. During our Winter solstice months, when darkness prevails about 5 p.m., pedestrians are at greater risk of vehicle contact. Many folks wear dark clothing with no reflective object to assist the vehicle operator spot a J walker.

1. My advice to all drivers, commercial and private who enter and depart Crescent City, during no sunlight hours and inclement weather is to slow down, focus and carefully watch the road for individual(s) crossing Highway 101, in a non-crossing designated area. Many wear dark, non-reflective clothing. It matters not whether you have the right-of-way, pedestrian or driver. Who’s right or wrong does not matter. A collision between a pedestrian and vehicle has dire predictable results.

Be safe, be very vigilant.  The Freedom to Walk law is yet another ill-conceived, irresponsible law which demonizes law enforcement and compromises public safety.

Two thumbs down for the Wood/McGuire posse.