FAFTA push back against passports, masks and social distancing 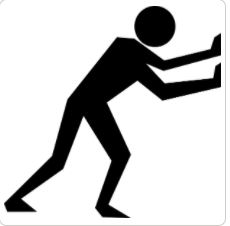 From our local scene it looks like we are headed back to “purple”
status which will mean more of the “lock downs” of local businesses on
the verge of spring, likely to end when our illustrious and
scientifically devoid leaders feel that those that don’t really matter
much have jumped “high enough”.  In States such as Texas and Florida
which have ditched the largely ineffective measures of business
closures, masking, and social distancing a revival of their tourist
industries has begun in an unprecedented fashion.  California, on the
other hand, continues to make life difficult for its citizens.  Maybe,
just maybe, help is on the way.

In the fall of 2020 a new group has formed, the Freedom Airways and
Freedom Travel Alliance, (FAFTA) which has begun the long and arduous task of
restoring rationality to Air Travel.  Begun as a collaboration between a
Canadian, an Irish National, and three Americans, it’s intent is to
establish that there is a “natural right” to be able to travel
domestically or internationally without being forced to accept the
myriad collection of confusing “requirements” in order to travel.  Their
focus is primarily directed at the legality of vaccination passports,
masking, quarantining and social distancing requirements which allow
people to enter or vacation in places in the United States and abroad.
The claim is that these restrictions are without legal standing and
should be deemed illegal, with possible consequences to those that
impose such restrictions.

The Alliance further is attempting to organize “restriction free” travel
to various locations with the understanding that the economic benefits
far out weigh the negatives.  While they, themselves, do not intend to
form their own airlines, impact to the airlines industry has left
employees and planes alike looking for a way to cover the losses
incurred when thousands of planes have been idled by the pandemic.  This
endeavor will take some time, as media, the medical community and
governments are enjoying a time of uncontested power, that they will be
unlikely to release no matter what.

It is the understanding by the FAFTA, as the narrative of “Pandemic
Mania” begins to crumble in the face of the revelation that reaction to
the Covid-19 virus is more hysteria than actual science, that public
outrage over being “hood winked” will force all of the guilty parties to
reverse course and allow the world to return to normal.  With spring
just around the corner, and continued evidence that neither the State of
California, nor the Federal Government is willing to be reasonable, it
will take considerable “push back” to right the ship.

Even at the local level, it should be clear that masking, social
distancing, vaccinations, and other restrictions have had little effect
on controlling the virus.  Continued troubling reports of testing
anomalies, vaccine problems, and the very small numbers of actual
problems resulting from Covid infections have led more and more people
to question what it is we are doing.  As Texas and Florida go to a more
normal pre-Covid condition without any ill effect, it should become
evident just how damaging States like California and New York have been
to their citizens.  Developments in other countries such as Sweden,
Brazil, and Belgium to break free of the same kind of nanny state ism
will soon make it very clear that over reaction to the “pandemic” was
unnecessary.

The FAFTA is an interesting first step to restore travel to what it once
was.  Any interest in their work can be detailed at their web site,
www.freedomairway.com.  Readers are encouraged to become members, even
those that don’t travel.