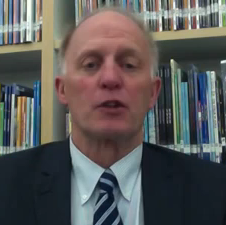 On April 20th, Attorney Jay T. Jambeck, from the Leigh Law Group out of San Francisco.  filed a lawsuit in Federal Court against the Del Norte Unified School District (DNUSD) and Don Olson, individually, over the bullying of two minor children (minor Plaintiffs).

The lawsuit contends that beginning in the 2011-2012 school year and continuing to the present, the minor Plaintiffs have been harassed based upon their race by other students and employees of DNUSD.

After numerous times of being called, “Nigger,” and “in a number of fights where he had to defend himself from bullies harassing him regarding his race,” complaints made to then Superintendent Don Olson were inadequately addressed and the pattern continued.

There are three counts listed in the lawsuit:

COUNT TWO
VIOLATION OF 42 U.S.C. § 1983 FOR DEPRIVATION
OF THE RIGHT TO EQUAL PROTECTION
(minor Plaintiffs against Don Olson)

“OLSON, acting under color of law as superintendent of DNUSD, deprived the minor Plaintiffs of equal protection under the laws in violation of 42 U.S.C. § 1983 by failing to take reasonable actions to provide the minor Plaintiffs. a harassment and bullying free educational experience equal to the educational experience provided to their other students.”

“OLSON acted with deliberate indifference by failing to discipline or reprimand the school principal for blaming the family of the minor Plaintiffs for merely complaining about harassment and bullying.”

“No recipient or other person shall intimidate, threaten, coerce, or discriminate against any individual for the purpose of interfering with any right or privilege secured by section 601 of the Act or this part, or because he has made a complaint, testified, assisted, or participated in any manner in an investigation, proceeding or hearing under this part.”

Because DNUSD operates under State and Federal laws due to receiving Federal funding, the case will be heard in the Northern District Court.

7 thoughts on “Family Files Lawsuit Against School Over Bullying”