Fireworks at the Harbor (Meeting) 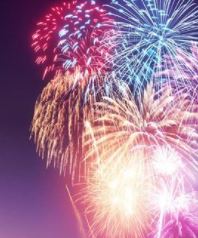 The ZOOM Meeting at the Crescent City Harbor accomplished a few important items and involved some drama between Commissioner Harry Adams and Harbor president Brian Stone.

*The Harbor announced it will open public meetings AND continue with ZOOM at the August meeting. Good news considering the difficulty in accessing ZOOM issues.

*The Harbor announced it will schedule a Dredging Report at the August meeting, and discuss current and expired permits and the protocol to dredge the Harbor so vessels can ingress and egress the Harbor.

The item was on the Agenda but, in his defense, Mr. Stone believed there might be a Ralph Brown Act violation. Due to short turnaround, the Mixer at the Harbor was cancelled.

I spoke with both commissioners about this planned event and the reasons for cancelling, fearing a perception that the Harbor Board was playing favorites if it acted in permitting Adams’ mixer.

Here is what concerns me:

At a meeting attended by president Stone, Commissioner (and Board Secretary) Wes White, the- interim Harbormaster Petrick and the Harbor attorney, it was decided by this group of four, the Mixer at the Harbor would be cancelled. Secretary White made the call to the Chamber. This decision-making process was and is not under the purview of any individual Commissioner. The decision to allow or deny the Event is solely in the hands of the Commissioners, and a quorum of THREE votes would be necessary. The so-called meeting of Stone and White, accompanied by the interim Harbormaster and the Harbor attorney was an illegal meeting which rendered a decision to pull the permit for Commissioner Adams’ sponsored Mixer. President Stone claimed Commissioner Adam’s failed to show proof of insurance ( he was not asked to produce this proof) and a liquor permit; the insurance proof was on record in the Harbor office AND no permit to serve alcohol was needed, as evidenced by the successful event staged at the Fairgrounds.

This is not a petty issue. I bring this matter to the public’s attention because this decision breached the authority of at least three other commissioners. There may be other reasons for the inappropriate action of Mr. Stone. EYE ON DEL NORTE will follow up. The Harbor is a Board of FIVE, not the personal property of an individual Commissioner.