For Leftists, As The Pandemic Wanes, Only Climate Change Remains  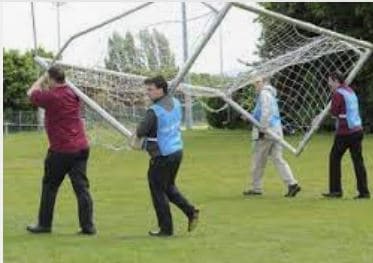 As the world begins to return to some form of normalcy, and the Covid-19
virtue signalers are having less effect on those that are willing to
move on, the only remaining “end of the world” scenario left for
progressives to finger wag has become “climate change”. Naturally, we
are constantly being warned, everything including Mr. Wilson’s red boxer
shorts is as a result of climate apocalypse looming just over the
horizon.  Governor “empty suit” Gavin Newsom barely got back from his
Mexican vacation, before going on a whirl wind tour of the State
extolling the virtues of his “climate” consciousness regarding drought
and fire danger preparedness. Climate change quickly served to fill the
void of causes for the disaster his leadership and adherence to carbon
net zero policies have wrought on the standard of living within the State.

Germany, a country among the strongest proponents of “greening” their
economy has in thirty plus years and trillions of dollars managed to
reduce their carbon foot print by 8%.  Up until recently the Germans
were up to 24% of their energy needs from wind, solar and nuclear,
nuclear being the greatest share of that effort.   Then Russia and the
Ukraine got in a bit of a testosterone fueled conflict, the EU decided
Russian oil was off the table, and low and behold Germany couldn’t keep
its Nuclear plants operational without Russian oil.  Carbon neutral
Germany is back where they started thirty some years ago.

All of this is the lead up to the notion that Leftists, and Progressives
will always seek to establish their brand of control over the human
population at what ever the cost.  Poor and low income countries and
their populations becoming affected the greatest, all in the name of
looking after their welfare while doing the most damage to that
welfare.  Rising sea level, warming climate, drought, wild fires,
increasingly powerful storms, ice melting, polar bear habitat loss, Mr.
Wilson’s red boxers, and anything else known to mankind to possibly be
associated with the changing climate.  Now the latest and greatest of
fantasies has emerged, wait for it, future viruses, the result
of wildlife migration from a warming earth.

Seems the boys at Georgetown University have “cooked” up a new study
that indicates warming temperatures will cause wildlife to migrate from
the tropics northward to bring impending future virus pandemics and
epidemics first to India, Africa, and the population centers of
Southeast Asia, then be spread planet wide.  This scenario is predicated
upon three factors, that the planet “will” get warmer, wildlife
migration will occur, and the pathogens from the wildlife will transfer
to humans.  Not much of a stretch there…  A progressive’s ultimate wet
dream, pandemic, plus climate change all rolled into one tidy bundle of
“world ending” hysteria.  Ripe for the return to Australian style living.

Fortunately, just as the Covid-19 train wreck of government control, has
begun to dissipate, a certain reason has been restored to some in the
scientific community, and Climate Change hysteria is beginning to suffer
the same fate.  Nearly forty years now of moving the goal posts of the
end of the world from climate apocalypse, a mere eight years from the
next “warming” cliff, the world has yet to reach the 2 degree warming
increase.  Less than one half degree increase in thirty seven years has
come and gone with little sign of a returning upward trend.  The sea has
not flooded Lower Manhattan nor Miami Beach, warming has flattened,
drought remains seasonal, fires due to poor forest management remain
static, storms aren’t ever more violent or frequent, ice seems to be
increasing at both poles, the polar bear population seems to have
survived, Mr. Wilson’s boxers are still red, and everything else seems
not to have noticed that a half dozen deadlines for the “end of the
world” have come and gone.

The arguments from the Climate porn purveyors no longer hold the entire
world in thrall as science has begun to surface that more carbon in our
atmosphere is not such a bad thing, and human involvement in its
increase is likely far less than we have been lectured to believe.
Warming has not exceeded previous norms, storms are not any more
damaging, life threatening, or violent than the historical storms of the
past, the seas have not risen to abnormal levels, and in fact, climate
which has always been a struggle for mankind is more manageable now than
it has ever been.  As saner heads have entered the Climate conversation,
a much brighter future has appeared on our horizon where current
standards of living do not need to revert to a preindustrial society to
survive any sort of “climate change”.