Garrett Scott, A Man On A Mission 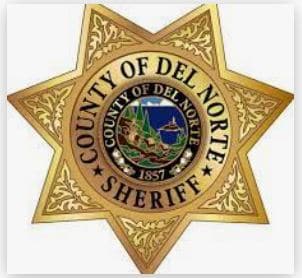 You can’t help but respect the man.  Who you might say?  Del Norte
County has a new man at the helm in the Del Norte County Sheriff
Department, Sheriff Garrett Scott.  In a brief but telling conversation
on a street corner in Crescent City during Friday’s Street Fair put on
by the Downtown Divas, Sheriff Scott got my attention as a man deserving
of every bit of respect the office he has assumed and then some.
Heading a department that it is safe to say, has had its trials for as
long as this reporter can remember.  The list of excuses for why that is
so, is as long as the years I have resided in Del Norte County.  But as
they say in the movies, “there is a new sheriff in town.”

Clearly the new sheriff has a basic understanding of where a majority of
his issues lie, that of a relatively short staffed and inexperienced
group of deputies who lack the “street time” of veteran officers.  Gone
are many of the “old guard” that had served the County in the department
for many years, replaced by “new blood” with only one or two years of
experience.  This coupled with a society that in Sheriff Scott’s words
“lack structure” to allow for any attempt at sensible law enforcement
where ever that may be.  Part of the responsibility lies in the “new”
and permissive culture that has evolved over the past several decades in
California, making it difficult for his department to do the job of
enforcement.  Part lies with the fact that a segment of the public now
view law enforcement as “unnecessary” for society to function “correctly”.

This and a clear lack of a path forward within the judicial system for
actually addressing criminal activity have many in law enforcement
questioning the reason for “why they are doing the job in the first
place”.  Not so for newly appointed Sheriff Scott, who sees local
recruitment as a critical step forward for his department.  For him the
importance of having people from the community step into enforcement
roles to fill out the current shortages of manpower and lack of officer
retention is critical to having an effective sheriff’s department into
the future. Recognizable faces who have grown up in the community, Scott
says will go a long way towards ‘righting the ship” for his department.

Rather that the posturing found so often in those that are in the ranks
of the elected, Sheriff Scott quietly admitted that his path was not
without difficulties and would require the support of this community for
his department to “grow” into something that fit the needs of Del Norte
County.  For him, it is not about politics, or whether or not funding
was critical for his department, but the assumption that he would be in
the spotlight for what happens in the future for his department.  He
clearly is a man that does not need the “spotlight” to make him worthy
of becoming sheriff, and is quite frankly worthy of the role he has
undertaken.  As he said in his parting words, ” we shall see if that
holds true in the future”, or words to that effect.

For my own part as a long standing member of the Del Norte County
community, I came away with a renewed sense that something profound may
be happening at the Sheriff’s Office and have a renewed sense that some
thing good will come of it.  I am also aware that law enforcement is
only one part of the total package that will address criminal activity
and public safety as a part of life in this County.  In order for
Sheriff Scott to be successful, the other parts must complement his
efforts.  Wishing him the best of fortune for the future, only time will
tell whether all the parts will come together and produce something that
benefits the entire community.