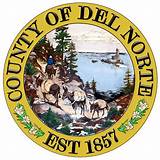 For those of you that have missed my timely update of what has happened
in the local Board of Supervisor’s meeting of the 5-0 Club, never fear I
am here to keep you up to date.  In a just over two hours of mind
numbing pointless meeting time, the usual 5-0 club was missing the
constant reminder of the devastation that the loss of Measure “R” money
thoughtfully provided by Supervisor Chris Howard who happened to be
absent, reducing all votes to 4-0 in the affirmative.  Actually nothing
earth shaking there, as other members of the Board were there to pick up
the slack with their suitably pitiful cries of anguish over the
possibility it would find its way onto the November Ballot to be
reaffirmed by the voters as essential to the financial health of rapidly
growing County Government.

The meeting itself commenced with the usual pomp and ceremony before
moving on the reports by the individual Board members as to how they
have been spending their time over the past two weeks. It was the usual
listing of various meetings, expressions of the value each meeting had,
but as usual was noticeably lacking in any mention as to why any of
these meetings had any value to the community.  Somewhat devoid of the
details, as to the what is the point of having literally dozens of
meetings take place in the course of the two week interval with no
obvious purpose or benefit to the community other than to keep our
community’s leadership in thrall of the officiousness of their position
in local society as somehow being the “most” important people in the
community.

The controversial “Consent Agenda” was next with a mere sixteen items to
be rubber stamped by the truncated BOS, and called into question by what
has become for the Supervisors a constant reminder of the lack of public
transparency over many of the items stamped for approval.  Many items
that require outside and expensive compensation from “consultants”,
services to be provided by contractors that County Staff is unable to or
unwilling to perform, as well as services necessitated by State mandates
that have little to do with anything relevant to the local public.  Of
course the normal “new” hires and extensions to previously contracted
services, namely employees, were included as consent items rounding out
the agenda.  All indicating a exceptionally healthy financial picture of
a growing County government.

Moving on, the time for “Public Comments” consisted of a general feeling
of dismay expressed by the public over what has recently become concerns
over the Boards design’s on local wallets and the transparently obvious
lack of and general improvement in public service despite a constantly
growing and more expensive government.  Of course the local SEIU
representative was there to wax elegant over her concern that her
employees were being disrespected and ill used.  Somehow her words were
rather hollow in light of the fact that much of the criticism of
government surrounds the fact that recently generous pay raises were
forced on her down trodden and over worked employees with no noticeable
improvement in service, nor the fact that some of the money employed was
promoted as “not to be used in such a fashion”.

What followed was a report via “Zoom” of the local Forest Service
District Ranger, Kathy Allen, informational rather than of particular
interest to most folks.  Then the meeting got very interesting with a
report by “Our Man In Washington”, Greg Burns, Thorn Run Partners, the
County’s lobbyist for Federal dollars in a rare in person appearance.
This is where the public should view all the whining that local
government does over the loss of Measure “R” funding with extreme
skepticism.  Mr. Burn’s report contains millions of dollars in funding
that the County is set to receive in all manner of forms to cover
several of the “reported” shortfalls in several of the departments
highlighted as being in acute financial straits.

This portion of the meeting continued with a rather amateurish report of
the Measure “R” Citizens Oversight Committee presented by its Chair,
David Jones, so lacking in detail or dollar figures attached to various
expenditures as to be utterly meaningless and certainly valueless to the
public as an oversight report to the public.  While the Committee may be
“volunteer” and sincere in their efforts, clearly they are wasting
everyone’s time in the pretense that they are in any way “protecting”
the public’s interests by validating what local government is employing
the funds for.

A few budget transfers mainly directed at animal control, after all
Measure “R” to be spent, a re roof project in the “Manual Arts Building”
whatever that is, and a couple of hundred thousand to address Worker’s
Compensation Fund issues.  Rounding out the Board’s remote control
session was a dip into legislative items and the approval of next year’s
tentative budget.  All in All a clear message to voters in the Fall that
the County’s “financial” urgencies are largely a myth and some how in
the welter of upcoming federal and state dollars to come, the County is
alive and well in-spite of all the wailing to the contrary.   The 4-0
Club has done their duty, can we all say rubber stamp….