‘Greenwash’, Only In America 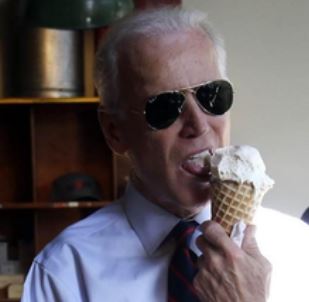 Seems like the only country on the planet that gives much real attention
to the environmental whackos that have been screeching for decades that
the planet is doomed is the United States.  With the advent of the
Corona Virus most countries are attending to their economic woes and
have little to spare for planet dooming prophecies that fail to
materialize.  End of the world deadlines have come and gone with such
regularity one wonders just how the whackos can continue with this
nonsense and keep a straight face. Perhaps locally, many that received
your monthly Pacific Power bill in the mail noticed a flyer announcing a
“climate credit” that reduced your total owed by a few dollars.  Likely
some company whose operation requires it to pay “carbon credits” is
purportedly the victim of that largess being returned to the rate
payers.  Never fear, as that money is likely money being returned to you
the ratepayer after that company raised its prices to consumers to cover
that expense, less the government’s cut.

But back to the story…..  As was said for decades the United States
has inflicted massive economic contractions in the name of resolving
“climate change”, something every other country on the planet is
supposed to be doing as well.  Yet as we look around, it appears that
only here in the US that is true.  The self inflicted wounds, products of
Leftist thinking, have found a home in the Biden Administration’s recent
efforts to “Build Back A Better America”.  So just how does that feel
across this land as inflation across the board takes hold in a massive way?

But America’s left could hardly care, after all environmental idealism
in the form of government officials climbing on private jets to stay in
fancy hotels while imbibing in fine dining and alcohol are en route to
Glasgow, Scotland to attend the United Nation’s sponsored Climate Change
Conference of Parties, number 26.  Sounds like something out of the USSR
when old Nikita was around.  Let the festivities begin….  Pointing out
that lavish parties in close quarters at this “dog and pony” show that
is “too sophisticated” to entertain the notion that it just might be a
“super spreader event” is beyond tacky.  Oh well, We should be happy
that our “superspreader events” are relegated to Texas and Georgia,
“Rednecks” after all.  No class there….

Since it clearly is “all for show” as major polluters Russia, China, and
India have declined to attend.  Ooops! Can’t have that!  Apparently
those countries have elected not to commit economic suicide as the Biden
Administration’s leftist crowd is bent on making it happen in this
country.  Nice job President “Ice Cream”.  Other countries, except for
the United States have continually lagged behind following up on their
“climate commitments”, not wishing to totally destroy their economies.
Not so in the US.  With the on coming winter, fuel prices ratcheting
upward, fuel shortages already engaging Western European countries, and
China, Russia, and India, not in the “Climate Change” pen, it kind of
looks like we here in the US are left holding the smoking economic gun
to our collective heads.  Suicide anyone?

Nobody will ever be sure when the bogus climate change ranting of
environmental whackos will come to an ultimate cropper, but maybe that
time has come.  After thirty five years of bleating “Climate Change will
kill us all…….soon” maybe it is time to put a stake in the heart of
that beast?  After all the morning commute is bad enough…..