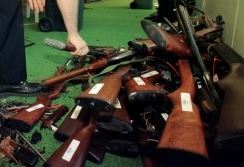 Gun Owners of California (GOC) is pleased to announce they have joined the Second Amendment Law Center and the California Rifle and Pistol Association in filing an Amicus (Friend of the Court) brief asking the Supreme Court of the United States (SCOTUS) to rule on the merits of a crucial case regarding warrantless searches.

In November 2020, SOCTUS agreed to hear Caniglia v Strom, a 4th Amendment case that has a direct and significant bearing on the 2nd Amendment. In short, police used the principle of “community caretaking” to enter the home of Edward Caniglia whereupon they seized and confiscated his firearms without a warrant.

The amicus brief states that the “Application of warrantless “community caretaking” searches to houses would violate the explicit text of the Fourth Amendment, would be inconsistent with the common-law tradition that one’s house is one’s castle, would have been anathema to the Founders, and would mark an unprecedented, dangerous departure from this Court’s jurisprudence.”

The government has argued in both District and Appellate courts that the doctrine of “community caretaking” outweighs 4th Amendment prohibitions against warrantless searches, seizures and the intrusion on individual privacy.

“If this dangerous concept is not stopped by SCOTUS, the notion of granting the government ‘community caretaking’ authority that extends to the home has the potential of putting ‘Red Flag Laws’ on steroids,” said Sam Paredes, Executive Director of Gun Owners of California.

GOC is proud to continue our role as “Friend of the Court Wrangler” and will continue to weigh in legally on cases that impact the 2nd Amendment both here in California and across the nation.