Has the Board of Supervisors made yet another costly mistake? Part 3 from Eye on Del Norte 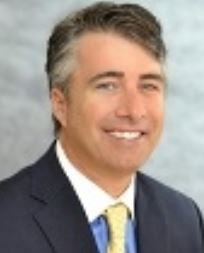 Has the Del Norte County Board of Supervisors made yet another very
costly mistake?  Over the past couple of months, Eye on Del Norte has
made looking into the way the County goes about planning and acquiring
future needs for office space.  The process normally begins with
notifications being sent out to interested parties with the
specifications for the office space required.  Interested parties who
have rental office space who may be interested draw up proposals which
are examined by the government agency for whom the office space is
deemed necessary within a prescribed time frame. Once the bids are
formally accepted, they normally go through a vetting process by an
unbiased commission which examines the proposals and make
recommendations based on which proposal best suits the requirements
necessary.   The final recommendation goes before the Board of
Supervisors for final acceptance.

The morning of March 9,2021, such a proposal went before the BOS and was approved by a vote of 3-1, one member recused himself. After viewing this morning’s action by the  BOS of this particular event, as well as reading the document purporting to contain all the information necessary to vote for approval of one of two proposals, the very first question that came to mind was, why did the vetting process effectively become an in house process with a very short list of qualifying factors?  Did the members of the Board really have all necessary information to make an informed decision?  To that effect, there are several more questions, that did not appear to be considered by the report or any of the members of the BOS.

Let us begin by looking at the graded qualifications which were used by
the County to make the decision to distinguish which of the two
proposals were best suited for the County’s purposes.

In that the Director of Child Support stated that there was very little to distinguish between the two proposals, a quick series of questions might be helpful to examine those differences.

Finally, can Family Support be assured that future additional space is available?

While those questions framed above are just a few of those that did not
seem to be addressed at the BOS meeting, there are more questions that
clearly should have been asked prior to the vote being taken.  Has the
County considered the cost to move Family Support from their current
location to the new address?  Has the County considered the additional
cost of a security system to be installed at a new location?   Can the
County accurately forecast saving from utilities at the new location?
Does the new lease contain a clause which allows for separation should
the new facility prove to be inadequate?   Could the County be liable
for the entire 10 year cost of the lease should the space become
inadequate in two, or three, or four years in the future?  Does the
monthly cost of the lease actually represent a savings all things
considered?

It was very clear from the process that only one Supervisor, Bob
Berkowitz, understood the potential pitfalls that the new lease
contains, and wisely suggested that the omitted steps in the process
might be undertaken before a decision was made. Unfortunately Supervisor Berkowitz’s wisdom was dismissed in the rush to enter into an agreement that has way too many ways to come back and bite the County in the ass.