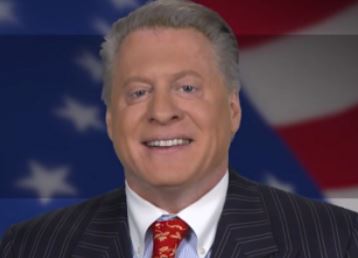 Opinion Piece by and Credit to Wayne Allyn Root and Townhall.com – May 9, 2021

EXCERPTS AS A REMINDER:

Here are the questions I want answered.
— If Democrats didn’t rig and steal the election, why are they so afraid of forensic audits in key battleground states, specifically the current audit in Arizona?
— When Trump was an 8-to-1 landslide favorite with bettors around the world late on election night and clearly headed toward a landslide electoral victory, why did five states suddenly announce they would pause counting for the night? And how come Biden was suddenly ahead by morning?
— How come Michigan apparently had a dump of 149,772 votes at 6:31 a.m. on Nov. 4, 96% of which went to Biden?
— How did Wisconsin count 149,520 votes for Biden from 3:26 to 3:44 a.m. on Nov. 4?
— How come Philadelphia vote counters were so desperate to keep witnesses out of the counting room? Why did they refuse entry to witnesses (to Republicans) until those witnesses had a court order in hand?
— Why were the windows in a vote-counting location in Detroit covered with cardboard so nobody (no Republican) could see inside?
— There are videotapes filmed in Detroit of vans pulling up in the middle of the night with what obviously look like boxes of ballots. In Atlanta, there are videotapes that clearly show ballot containers appearing at a vote-counting location after a fake water main break was used to force all GOP witnesses out of the counting room. Why can’t we discuss these videotapes?
— How come Twitter banned me for life over mentioning these videotapes?
— How come the Arizona Senate’s liaison for the vote audit says Maricopa County hasn’t complied with the subpoena by turning over passwords to Dominion voting machines?
— How come the Biden DOJ suddenly wants to stop the Arizona audit?