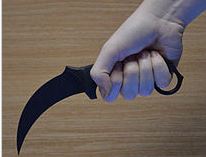 Earlier this week a woman by the name of Alice Brown was found guilty of violating California Code of Regulations 4451 a traffic violation for illegally parking her car at the Hiouchi Information Center and for resisting arrest, a non-violent crime. Sentencing will be imposed on her March 12, 2015.

Today, the People of Del Norte County found Matthew Honeycutt NOT GUILTY of assault with a deadly weapon with great bodily injury and battery with serious bodily injury when he slashed the throat of 25 year old Aaron Herring. Is this the worse injustice that could have possibly been delivered?

What does that say about the inexperience of the District Attorney’s office? Clearly through the opening statement Assistant DA, Katie Micks delivered,  “There is no dispute that Aaron Herring threw the first punch. It was at that point the defendant, Honeycutt, pulled out a knife and slit his throat open.  I need to prove to all of you, the jury, that the defendant did not act in self-defense.”

The writing was on the wall. It appeared to this reporter that Micks was protecting the slasher’s position and sent the victim, Aaron Herring, under the bus due to her ineptness.  Assistant District Attorney, Katie Micks, failed miserably in proving that Honeycutt didn’t act in self-defense.

This sends out a strong reflection that the only crimes that the District Attorney’ office can prosecute successfully are traffic violations. People Of Del Norte County, this could have happened to any of you, and guess what? You are not protected. Do you want to know why?

When Dale Trigg was elected as the District Attorney, he had less than three years of California law under his belt. Most of his practice consisted of work injury cases. Now, what we have in the District Attorney’s office is someone who cannot prosecute cases if the public is getting crucified by off duty Correctional Officers who get to slit your throat because they can and will not be held accountable, because they are “peace officers” and it is self defense.

Well, Matthew Honeycut got off for slashing the throat of someone with the world’s most deadly knife, and will probably get his job back working at the Prison. This is an atrocity. Is this what kind of people we want to  work in our justice system today?

If there’s any saving grace to any of this, Honeycutt was recently terminated from his job at the Prison connected to a DUI.