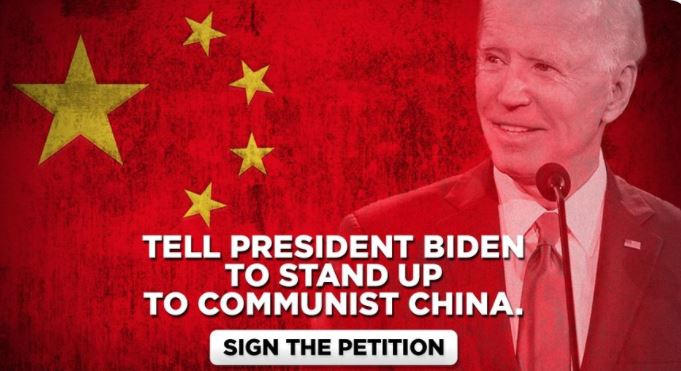 Keep in mind as you read this article that the Del Norte Board of Supervisors, the city council, and the Chamber of Commerce voted to use $65,000 Taxpayer funds in 2019. This was to promote a $1,500 fishing boat that collided on our shores. Don’t you think the county and the city should get that money back?

In 1980, the U.S. boycotted the 1980 Summer Olympics in Moscow, more generally in response to Soviet Union human rights violations but more immediately due to 1979’s Soviet invasion of Afghanistan. 65 nations ultimately boycotted the games, including China, Japan, Israel, and Canada. However, some major U.S. allies including the U.K., France, and Australia still participated.

The U.S. decision was made by President Jimmy Carter, not by Congress. Yet Congress still passed nonbinding resolutions overwhelmingly approving the decision by 386–12 in the House and 88–4 in the Senate.

Next year’s 2022 Winter Olympics are slated for three cities in northeastern China: primarily Beijing, but also Yanqing and Zhangjiakou. With similar calls for a boycott of those games, due to China’s human rights record, could even nonbinding congressional resolutions help seal the deal?

What the resolution does:

To be clear, the resolution would not directly institute a U.S. boycott. That decision is not Congress’s to make, but instead resides with the USOPC. But congressional pressure to do so would likely increase the odds of such a boycott occuring.

Supporters argue that China doesn’t deserve to be honored and revered by billions of people on the world stage in such a public forum. “The Chinese Communist Party has carried out a number of heinous acts in the last year alone that should disqualify them from hosting the 2022 Winter Olympics,” Rep. Waltz said in a press release. “The world cannot legitimize the CCP’s acts of genocide in Xinjiang, destruction of the democratic rights of Hong Kong, and dangerous suppression of the coronavirus outbreak in Wuhan that cost lives by sending delegations to Beijing.”

The bill has attracted five co-sponsors, all Republicans. It awaits a potential vote in either the House Foreign Affairs or Oversight and Reform Committee. Odds of passage are low in the Democratic-controlled chamber.