HOW ABOUT SOME PPP? 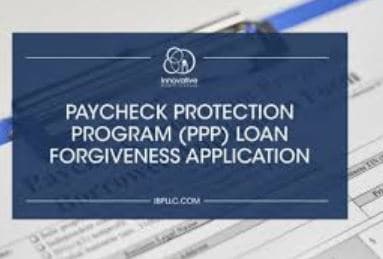 Awe our federal government. So kind and generous they are right? Yes, so what is PPP? Paycheck Protection Program loans that were given to compensate workers while laid off during Covid. Yet workers who were laid off received very good unemployment benefits.

This was quite the gig for some. All you had to do is fill out the paperwork and presto bingo money appeared out of thin air. I think the whole darn town got a check of some sort.

The first one on the list was Elk Valley Casino. Tsunami Lanes. According to the PPP loan website. Tsunami Lane received $998,777 for 110 jobs allegedly at Tsunami Lanes, and employees were compensated approximately $43,588 annually. The only issue I foresee with this is The Elk Valley Casino received these dollars on April 28, 2020, and then closed the Tsunami Lanes doors permanently 4 months later August 31, 2020, according to a Triplicate Article. In order for the Elk Valley Casino/Bowling alley to receive this forgiven PPP loan they stated on their application that the Casino/Bowling Alley payroll was $4.79 Million Dollars in 2019. When they applied for this forgiven loan they stated they paid Payroll: $749,083, Utilities: $129,841, and Mortgage Interest: $119,853. It should be noted that the Tsunami Lanes went up for sale for $799,000. Whether it was sold or not is not known at this time.

The Elk Valley Casino also applied for a PPP loan and received $973,210 on March 20, 2021. They applied for the PPP loan and stated they have 109 employees and that their payroll for 2019 was $4.67 million dollars. The Elk Valley Casino stated in their application that the entire loan was for the benefit of employees and that employee’s average compensation was $42,857 annually. This loan has not been forgiven at this time. Elk Valley Rancheria Economic Development Corporation Received $28,507 for the Bowling center, on April 28, 2020. 2019 payroll expenses were $136,834 with 5 positions. Employees made $27,367 annually. This money was forgiven and used for the following; payroll $21,380; Utilities $3,705 and mortgage interest $3,422.

New Dawn Support Services applied for a PPP loan. They stated they have 500 employees and received benefits of $687,500 on May 5, 2020. This loan has been forgiven and their Status was updated in August 2021. New Dawn Support services claim they have 500 employees, however, an employee stated there was just over 100 employees. New Dawn Support services stated their payroll for 2019 was approximately $3.3 million. That their employee’s compensation annually is approximately $6,000 per year. They used $639,500 on payroll, $8,000 on utilities, $10,000 on Rent, and $30,000 on Health Care.

Alexander Farms for Dairy and Cattle received numerous PPP Checks. The first check was for $694,426 for one employee. The check was received April 2020 and was forgiven. The size of company’s PPP loan indicates that the number of employees on payroll during the eligibility calculation period (typically 2019) was higher than the 1 jobs reported as retained on the PPP application. The minimum number of employees this company must have had in 2019 to qualify for the loan range received is 33. There was not a lot of information available regarding what this company made in 2019 and how they were qualified. This loan was forgiven.

Alexandre Family Creamery LLC. This company received $301,423 in April 2020. It has been forgiven. In 2019 this business reported paying $1.45 million dollars for payroll and that they had 21 employees who made $68,897 estimated compensation annually. Alexandre Kids LLC egg farm received $209,030 in April 2020. They reported 14 employees and this loan was forgiven. Payroll expenses for 2019 was estimated at $1 Million dollars. Employees were paid $71,667 estimated compensation annually. The money was used on utilities and not for employees. Alexandre Family farm LLC Received 154,444.00 in April 2020. This company reported 11 workers. This loan is currently not forgiven. In order to qualify for this loan their 2019 payroll expenses would have had to be 741,331.00. Each employee makes approximately 67,394.00 annually. They reported using the entire $54,444 on payroll. Alexandre Acres beef and cattle ranching received $151,154 in April 2020. This company reported one employee and the loan was forgiven. The minimum number of employees for this company to receive this loan would have to be 7 employees in 2019. What is nice to know is people are getting paid very well by Alexandre Farms.

Smith River Brewing Inc. is the SeaQuake on Front Street. Process agent of this corporation is Matthew Wakefield, Chief executive officer is Kevin Hartwick, and chief financial officer is Rory Smith. This company received $369,356 on January 1, 2021 and their loan is ongoing. Their payroll expenses in 2019 was $1.77 million and they have 24 employees whose estimated annual earnings are $73,871. The entire loan was spent on payroll.

Foursquare Church nonprofit received $85,190 in April 2020. Their payroll expenses for 2019 $408,912 and retain 13 jobs where employee’s compensation is approximately $31,455 annually. Their loan was forgiven. They used their loan for payroll purposes.

The Refuge Christian Church Received $9,467 in April 2020. Their 2019 reported payroll expense was unavailable. This loan was forgiven and there is only 1 employee.

The Mifos Initiative a nonprofit organization received $21,242 on 2/10/2021. This is a foreign nonprofit located on Lower Lake Road. This business was registered with the Secretary of State of California on February 24, 2021. The owner of this nonprofit is Edward Cable. It is not known what type of business this is. The address of the business is 6777 Lower Lake Road. The 2019 payroll expenses were $101,962.00. There are 2 employees with annual compensation of 50,981.00. The loan was forgiven.

Haley J Rutter received $9,400 on March 26, 2021. This loan is not forgiven and ongoing. She listed no employees and was not found under the Secretary of State Business license. The money was used for payroll.

If you want to review the list go to federalpay.org.