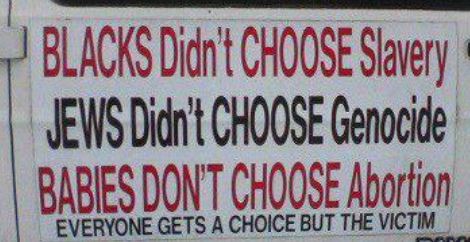 Humans simply didn’t prove to be the virus so many thought they were. Rather, they were proved to be creators of new resources and innovative solutions, which makes sense if they really were made to be co-creators by the One who created all things. Created to tend the Garden of this world, humans are not merely consumers. We are producers, tasked with cultivating what was made into more than it presently is.

It’d be nice if we could simply look back and chuckle at the folly of the ivory tower crowd and their bad ideas. But, as we often say, ideas have consequences; bad ideas have victims. The sort of thinking expressed in the Rockefeller Report had very real victims— tens of millions, in fact.

In the last 50 years, over 60 million Americans have been killed through abortion. In China, where the myth of the population bomb led to the horrific one-child policy, some 300 million babies were slaughtered, many against the will of their mothers. Instead of saving the planet, these vain ideas of population control have left the nations of the world with a birth dearth. Russia, China, and Japan are notably struggling to maintain their numbers even as their older population phases out of the workforce.

We are fast approaching another 50th anniversary, which I hope and pray will be an empty one. Next January is the 50-year anniversary of Roe v. Wade, the miscarriage of justice that usurped state laws across the country and legally grounded abortion’s malign presence in America. With the Dobbs case being decided in a matter of weeks in the U.S. Supreme Court, next January’s anniversary could arrive with Roe a dead letter.

To prepare for the next phase of fighting this evil mindset and practice that plagues our nation, the Colson Center is hosting an event on Thursday evening, May 12, in Orlando, Florida. “Preparing for a Post-Roe Future” will be held the evening before our annual Wilberforce Weekend Conference and will feature Tim Tebow, Stephanie Gray Connors of Love Unleashes Life, Jim Daly of Focus on the Family, Erin Hawley of Alliance Defending Freedom, and Kristan Hawkins of Students for Life.

Please join us as we work to bring better ideas to the world around us.