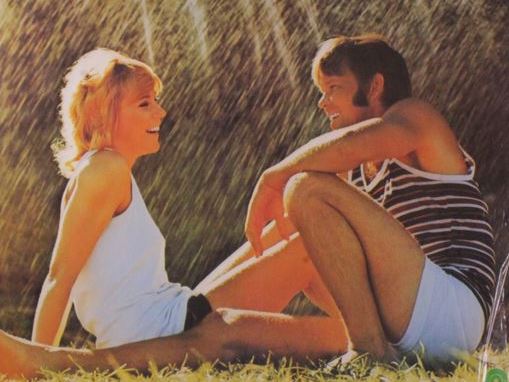 It was the summer of 1971 and Anne Murray was sharing the stage with Glen Campbell at the Greek Theatre in Los Angeles. One reviewer at the LA Times called him, “Campbell is the kind of G-rated, middle-of-the-road, family attraction that……. offers his audience some familiar music, some gentle humor and a relaxed personality.”

During his career, Glen Campbell released more than 70 albums and more than 100 singles. Besides collaborating with Anne Murray, he also played duets and released albums with Johnny Cash, Tanya Tucker, Emmylou Harris, and Bobby Gentry. He recorded “Dream Lover” with Tanya, 22 years his junior and involved in an on-again, off-again relationship.

His drinking and drug use resulted in a drunk driving charge which landed him in jail for 10 days along with community service back in 2003.

He said of his political views he was a registered Democrat, “but voted Republican a few times.” Diagnosed in 2011 with Alzheimers, he still continued to perform and record albums. At his final show performed in Napa, California on November 12, 2012 he sang, “Rhinestone Cowboy.”

He provided entertainment for five decades to millions of people through his singing, songwriting, his own TV show along with appearances on other TV shows like the Smother’s Brothers. As an actor, he has 12 credits to his name along with starring with John Wayne and Kim Darby in True Grit.

I’ll remember him best for his guitar playing and singing his country- western, pop songs he performed that night at the Greek Theatre.  A truly great performer. He died August 8th at the age of 81.