If Ashli Babbitt were Black would they disclose the shooters identity? 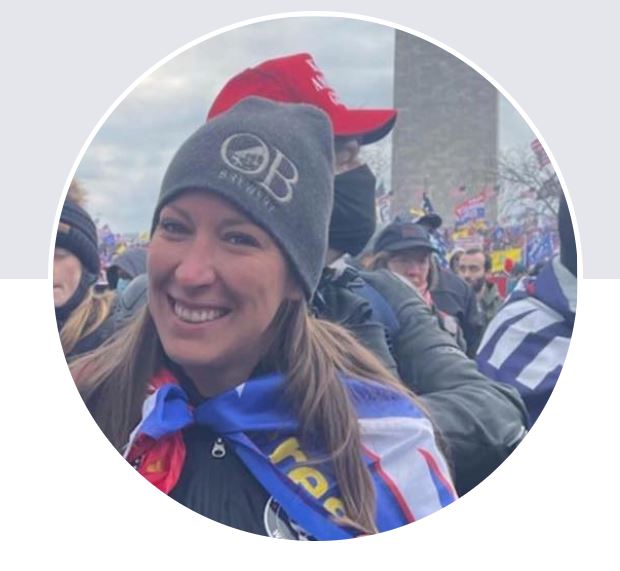 January 6, 2021. The nation watches as one of the biggest alleged frauds in the history of the United States is played out on television. The electoral vote appears to be heading in the direction to declare Joe Biden the winner of the Presidential race and Republican America is shocked and stunned.

One has to ask. Where were the crowds supporting that incompetent politician known as Joe Biden during his run for office? How did the votes stack up towards a Trump win and suddenly and mysteriously during the night all the stops are removed and Ballots for Biden appear?

It’s not impossible to imagine that thousands that appreciated all the Trump did during his presidency would want to be supportive of Trump at the capitol and to voice their unhappiness with this strange and unbelievable turn of events.

Almost as shocking as the destruction of the twin towers of 9/11 was the shooting of an unarmed woman. Yes, she was part of a group rushing the U.S. capitol in what was considered a pro-Trump mob angry about the election being stolen from Trump. I wonder if it were to happen today, 5 months after witnessing allegedly illegal President Biden’s systematic destruction of our country, if more people would have participated to keep that idiot out of the White House and put Congress and House Speaker, Nancy Pelosi on notice that this was not going to fly?

Ashli Babbitt, 35 years old and a veteran of the US Air Force who had served two tours in Afghanistan and Iraq. , was very Pro-Trump. Her husband, Aaron, requested documents related to her shooting and death in April 2021 under the Freedom of Information Action (FOIA) but received no response.

June 1st, Mr. Babbitt filed a lawsuit seeking what any reasonable person would do; the files containing video’s, witness statements, police reports and to reveal the identity of the shooter.

Because to this day, NOBODY and I mean NOBODY is saying who shot Ashli Babbitt. It’s the best kept secret in our country since I don’t know when. And Washington D.C. has not been known to be a great keeper of secrets for very long.

Why is the identity of the shooter remaining a secret?

Here are some reasons.

By now, most of America (if not the world) has seen the infamous video of Ashli Babbitt being shot. She was declared dead shortly after at the hospital. We saw in the video that there was an out stretched arm presumably of a man in a business suit, gun in hand, firing directly at Ashli. No pictures of the the guy’s face. No warning shout was ever heard which is apparently required by MPD but not by the U.S. Capitol Police.

Now that we’re six months after the fact, it’s as if the Department of Justice (DOJ) has swept this under the rug. WHY? The answer was apparently they determined that his shooting and (killing an unarmed woman) was an act of “self-defense,” and there was “no evidence to establish beyond a reasonable doubt that the officer wilfully committed a violation”.

The officer will not be charged with a criminal offense.

Ummm…. does this sit right with you? Don’t you wonder why the officer chose Ashli Babbitt instead of anyone else? Wouldn’t you want to be a fly on the wall of that investigation?

After listening ad nauseum to the George Floyd incident for over a year, it’s inconceivable that this almost cavalier attitude is the least bit kosher.

Be that as it may, can you imagine BLM and other related groups sitting idly by and not demanding to know more about the shooter’s identity and every second of the investigation if Ashli Babbitt were black?

Even former President Trump is asking who shot Ashli Babbitt. When did he ask the question? Shortly after Nancy Pelosi announced on July 1st a “committee” to investigate the January 6th incident. Let’s quickly look at who is on the committee: RINO (Republican in Name Only), Liz Cheney from Wyoming, -plus seven Democrats. That sounds fair doesn’t it? WRONG!

About race for a moment. Have you noticed our country’s obsession with race? I believe it’s a distraction from the real problems mostly created by the Biden administration.

We’ve got the worst border crisis ever with now over 800,000 illegal aliens in our country and counting.

We’ve got inflation that doesn’t look to be slowing down.

We’ve got rising gas and food prices creeping up at a time in California where the drought is going to affect food production.

We’ve got shipping woes pushing up the price of everything and shortages predicted.

We’ve got high unemployment with many unemployed content to remain home collecting their checks instead of going back to work.

We’ve got businesses closing down and/or moving.

We’ve got a terrible public school system, with Teachers Union’s creating havoc with our children with indoctrination instead of education.

We’ve got social media that has enacted censorship not unlike the pre-Nazi days of Hitler.

We’ve got mainstream media lying to us daily with their fake, slanted and prejudiced “news”.

We’ve got the value of the dollar going down.

We’ve got a “Democratic” government that has chosen to ignore and destroy the Constitution/Bill of Rights.

On our way towards socialism and communism, do you think that making everything racist is a distraction from our real problems?