Info on the Tri-Agency 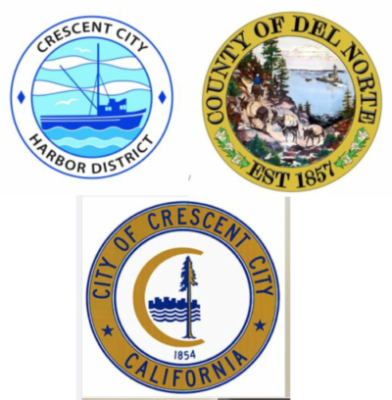 The Tri-Agency was developed in 1976. The agency consist of the Harbor District, Crescent City, and Del Norte County.

In 2018 the Tri-Agency dissolved on April 9. The remainder of the Tri-Agency award was turned over to the Del Norte Economic Development Corporation.  It should be noted Tri-Agency had no personnel, no oversight,  and had defaulted on their loan as well as did not provide the state with annual audits.

In 2020 the USDA began circulating letters to the Tri-Agency requesting to be paid in full $288,000 dollars which includes interest. The Tri-Agency did not respond. In fact the Tri-Agency had so many different addresses the USDA couldn’t get ahold of anyone including the board members.

The County Counsel Elizabeth Cable got wind of the dissolved Tri-Agency in 2020 and wrote a letter asking how it was dissolved because she knew nothing about it. Imagine that.

I submitted a CPRA to USDA.  The information that was returned to me stated the Tri-Agency did not owe money since 1997.

As you can imagine my surprise regarding thus information.  In essence, the Tri-Agency has not been transparent,  they are as dysfunctional as the day is long and Chris Howard, Darrin Short, Blake Inscore, Wes White, and Brian Stone will be trying to persuade other council and board members to keep this dysfunctional agency going by stating “it is needed to get grants.”

This boils down to the wind project. They believe they will get grants.

Lastly, Wes White and Brian Stone wrote letters to the President of the United States, to Governor Newsom and other state entities. On their letterhead they had a website to the Tri Agency.  I went to that website and it was blank. So, I bought that domain name and redeveloped it. www.tri-agency.org.  Look at it very closely.  Read the words for what they stand for.

The bottom line is the Tri-Agency is so inept that it could not afford its domain website much less personnel to adequately run this organization. In fact Del Norte County cannot get grants because the United States Treasury Department has Tri-Agency on a list until they pay off their loan. Which is questionable that they even owe since all funds were turned over to Del Norte Economic Development Corporation.

So the issue will be if public money is used to bail these people out will they continue the Tri-Agency.  I say no.

On October 25, 2022 a joint powers meeting will be held at the Washington Blvd Firehouse at 5:30 pm. The subject matter to be discussed between 15 elected is regarding using public money to bail out this Tri-Agency.

2 thoughts on “Info on the Tri-Agency”