Interview with Police Chief Minsal about the homeless and the law 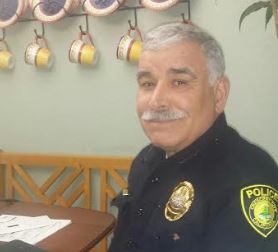 By Donna Westfall – February 26, 2019 – On Wednesday, February 20, 2019, Crescent City Police Chief, Ivan Minsal, was very accomodating by coming to my home and answering questions about the recent 9th District Court ruling about homeless being able to sleep on public property without harrassment. The 9th Circuit Court has opined, “…as long as there is no option of sleeping indoors, the government cannot criminalize indigent, homeless people for sleeping outdoors, on public property, on the false premise they had a choice in the matter.”

Our Police Chief, Ivan Minsal started out our conversation by reminding me that we all have the same rights under the Constitution and the law.  Our chief  has 38 years in law enforcement.  Prior to coming to Crescent City, he oversaw 250 officers in an area with over 100,000 people in Van Nuys, Calif.  Today, he and 10 other officers cruise by Crescent City public parks and beaches three to five times per day to see that everything is okay. They’ll drive by Beachfront Park, Howe Drive, B Street, Lighthouse Way, the pool and the Cultural Center.

Here are my questions in black and his answers in red:

DW: Is there anything illegal about pitching a tent in public parks.

PC:   That is not against the law.

DW: What about drinking, drugging or smoking on public property?

PC:   Drinking in public will lead to a citation or a warning whether or not you’re homeless.  Drinking in public is not legal unless there is an event that has been properly permitted. Smoking on public property is illegal. Being drunk in public is never allowed, you could be subject to arrest.  Every case  stands on its own.   A person arrested for public intoxication (drunk)  is held in jail until they are sober and meet the criteria for release, unless medical attention is needed.  Smoking in public is legal unless it is posted prohibiting it.   There are new laws regarding smoking as to where you can smoke, we are all being educated on this subject.   The drinking of alcohol beverages is not allowed in public, on public property or events, unless authorized.  ABC laws clearly outline alcohol consummation, possession and sales.

DW:  What happens to their belongings if they are arrested?

PC:   A person’s excess property is held at the Police Department PD) for safe keeping for 60 days. If they do not pick up their property, it is disposed of as outlined in the PD’s policy and the law.

DW:  What about living in their car or bus on public property.

PC:   A licensed vehicle (RV, car, truck, etc.)  can park for up to 72 hours before it is in violation.  CCPD warns owners to move their vehicle’s.  We place a warning notice or make personal contact to educate the vehicle owner/driver.  A driver does have the right to rest in their vehicle if they feel it is unsafe to drive.  Living/staying in your vehicle is a gray area.  Enforcing the 72-hour section has been more appropriate for the City so far.  However, new laws regarding this issue are being researched and written to address this issue.  Our City Council have reviewed new City ordinances and will be reviewing them in the next month  for final review and approval.

DW:  What if someone is walking by the beach where homeless are camped in their tents and suddenly feels uncomfortable for whatever reason.  Maybe a homeless person is being rude, insulting, verbally abusive or whatever.  What should they do?

PC:  As in every case that a person feels unsafe or is a victim or witness to a crime, they should call the police (911).  In Crescent City, being only 1.6 sq. miles, response time is usually within a few minutes or less.  The PD takes these calls very seriously and wants people to call.   When you call, provide the 911 operator with as much information as you can.  This will aid officers in responding to your call and location.

DW:  How many arrests have been made since September 2018?

PC:  We don’t track arrests by homeless vs other arrests, but I’ll get you the arrest numbers. We track all arrests and crimes by month and totals for the year.  You asked for stats on these arrests.  The stats are for the whole city.

True to his word, here are the arrest records:

Crescent City is only 1.6 square miles with a population around 7,643 which may include 2,500 inmates of Pelican Bay Maximum Security Prison.  Some people have expressed their fear that if we create programs for the homeless, we’ll only attract more homeless to our area.

DW: What about Litter laws?

(a) Littering means the willful or negligent throwing, dropping, placing, depositing, or sweeping, or causing any such acts, of any waste matter on land or water in other than appropriate storage containers or areas designated for such purposes.

(b) Waste matter means discarded, used, or leftover substance including, but not limited to, a lighted or nonlighted cigarette, cigar, match, or any flaming or glowing material, or any garbage, trash, refuse, paper, container, packaging or construction material, carcass of a dead animal, any nauseous or offensive matter of any kind, or any object likely to injure any person or create a traffic hazard.

This is the main Penal code section, but there are other subsections and related laws in the Vehicle Code and Health & Safety Code.

As for clean -ups, many communities have organized clean ups and events.  Communities also have various groups that have clean up events as community service projects.  Mr.  Gitlin’s events are a good thing for our community, as all the other ones here in the City and County that do not cost taxpayers and work to keep our community free of litter.

As you may know, Supervisor 1st District, Roger Gitlin and his Take a Bite Out of Blight campaign with the help of volunteers has cleaned up thousands and thousands of pounds of litter.  Much of that was left by homeless around the city and the county.  The majority of the clean-ups were at no expense to the city or the county.  Dumpsters were donated along with water and supplies by businesses around town.

On Wednesday, February 21st, thanks go to our Police Chief, City Manager, Eric Wier and Off-Reservation Pelican Bay State Prison Inmate Worker crews for cleaning up a homeless campsite.  Here are the before and after pictures:

I would imagine that there’s not one of us that doesn’t know at least one person who is addicted to drugs and/or alcohol.  We see many of the same homeless around town.  They used to be in the Safeway shopping center panhandling, but not any longer since the center hired a security guard.

What’s the reality of the situation? Some people are homeless by choice. They want to continue drugging and/or drinking and live off the dole of public welfare.  Given a choice to get clean and sober, they may refuse.

Let’s talk reality. We have somewhere between 500 and 1,000 homeless in Del Norte County with over 150 school children included in that number.  It’s not getting better, it’s getting worse because more and more people are becoming homeless.  We have one shelter – Our Daily Bread Ministries.  Director, Mike Justice said they were able to accomodate 21 people the other night when temperatures dipped into the 30’s. They are working on being able to put up more; somewhere between 60 and 80.  That’s still a drop in the bucket.

Other areas use school auditoriums, fairgrounds, churches and Veterans Administration buildings to house the homeless in the evenings during bad weather.  Not here.  Somewhere along the line, it’s become like an unsolvable puzzle.  No one can agree to figure out how to make it work to temporarily house the homeless.  Just think, if we did, perhaps no one would have to sleep outside on public property.

Does a Police Chief have to have heart in dealing with the homeless?  It helps.  He and some of his officers have purchased shoes for the homeless using their own money. The Chief’s wife has volunteered at the Breakfast Club for years serving the homeless. To end our conversation about the homeless and the law, our Police Chief says, “We need more patience and understanding. We need to understand the problems facing people in our community, who are in need of our assistance, so we can better serve them.  After all, we serve all community members in our community. ”