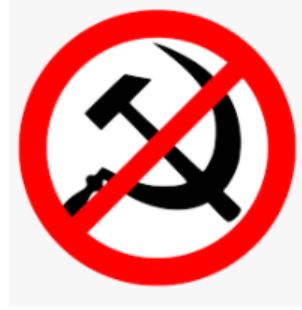 President Donald Trump signed Executive Order 13959 on November 12, 2020 and it went into effect on January 11, 2021. Its stated goal is “Addressing the Threat From Securities Investments That Finance Communist Chinese Military Companies (CCMC’s)” by prohibiting ALL US investors from purchasing or investing in securities of companies identified by the U.S. government as “Communist Chinese military companies.”

There are 35 CCMC’s that are publicly trading in US exchanges. These include companies in aerospace, shipbuilding, construction, technology and communication industries. The list can be found at the U.S. Department of the Treasury website (https://home.treasury.gov/policy-issues/financial-sanctions/recent-actions/20201228) Office of Foreign Assets Control (OFAC).

BlackRock, Inc. is an American multinational investment management corporation based in New York City. Founded in 1988, initially as a risk management and fixed income institutional asset manager, BlackRock is the world’s largest asset manager, with $7.81 trillion in assets under management as of end-Q4 2020.

According to Secure Arkansas, BlackRock has had a presence in China for the last 10 years and seems to be the worlds largest asset manager. Their CEO is Laurence (Larry) D. Fink. Some call him a Marxist. He’s one of the richest men in the world and has been calling for a reset on capitalism.

How does this tie in with our Big Tech giants like Facebook, Twitter, Google, Apple and Amazon? They are attempting to pull a coup against our government by stopping free speech. The same controlling shareholders are in all of these social media groups.

Larry Fink is also a member of the Council on Foreign Relations (CFR). Yes, he’s a perfect example of an elite billionaire globalist and has a good amount of influence in the highest levels of our government and other governments, too. BlackRock is the largest investor in weapon manufacturers through U.S. Aerospace and Defense ETF.  Fink is a powerful man who wanted to become Hillary Clinton’s Treasury Secretary back in 2016.

Our U.S. Government was contracted with BlackRock after the 2008 financial meltdown. Looks like Fink and BlackRock gained a lot from the bailouts that followed the crisis. So, BlackRock bailed out Wall Street and was the leading manager for the U.S. Government? Mr. Larry Fink attended the United Nations World Economic Forum DaVos Meeting this past January 2020 where “The Great Reset” was on their agenda. He is a world player and sits on the Board of Trustees of the World Economic Forum!

The World Economic Forum brings together the powerful world leaders in order to shape global, regional and industry agendas. You either play their sinister games or you will be dealt with one way or another. This is done each year!

The loaded globalist agenda scheduled for the first quarter of 2021:

Here is the new DaVos Agenda for January 25-29, 2021. The Forum will host a Global Technology Governance Summit in Tokyo April 6 & 7, 2021. In May 2021, there is a Special Meeting to be held in Singapore for the World Economic Forum.

Mr. Fink, a Wall Street Kingpin, stated that their goal is to become one of China’s leading global asset managers. This looks like a Communist-type company that will promote Agenda 2030 and the UN Sustainable Development Goals. George Soros is always lurking around, also.

Let’s see how they’re all connected: The second largest shareholder in Twitter is BlackRock. As of October 23, 2020 they held 37.2 million shares.

As of December 2020 BlackRock’s funds hold about 158.2 million shares of Facebook with a combined market value of $32.3 billion.

While that is going on: Wednesday, Dec. 9, 2020, the Federal Trade Comission (FTC) and the attorneys general from 46 states, Washington, D.C., and Guam filed antitrust suits against Facebook, the culmination of a yearlong investigation. The suits allege that Facebook’s acquisitions strategy has been designed to eliminate competition, specifically accusing Facebook’s acquisitions of Instagram and Whatsapp as being illegal. The suits are also asking courts to prevent Facebook from acquiring anything worth over $10 million while the case is pending. A separate FTC lawsuit is trying to force Facebook to spin-off WhatsApp and Instagram.

Are you starting to understand why they call them BIG TECH COMPANIES?

Will divesting in CCMC’s by BlackRock hurt their portfolio?

Do you think that President Trump is wise in issuing this executive order?

Do you think that the Big Tech companies are silencing him and blocking him because they realize it’s going to hurt their bottom line?