Is It Fixed, Or Not? 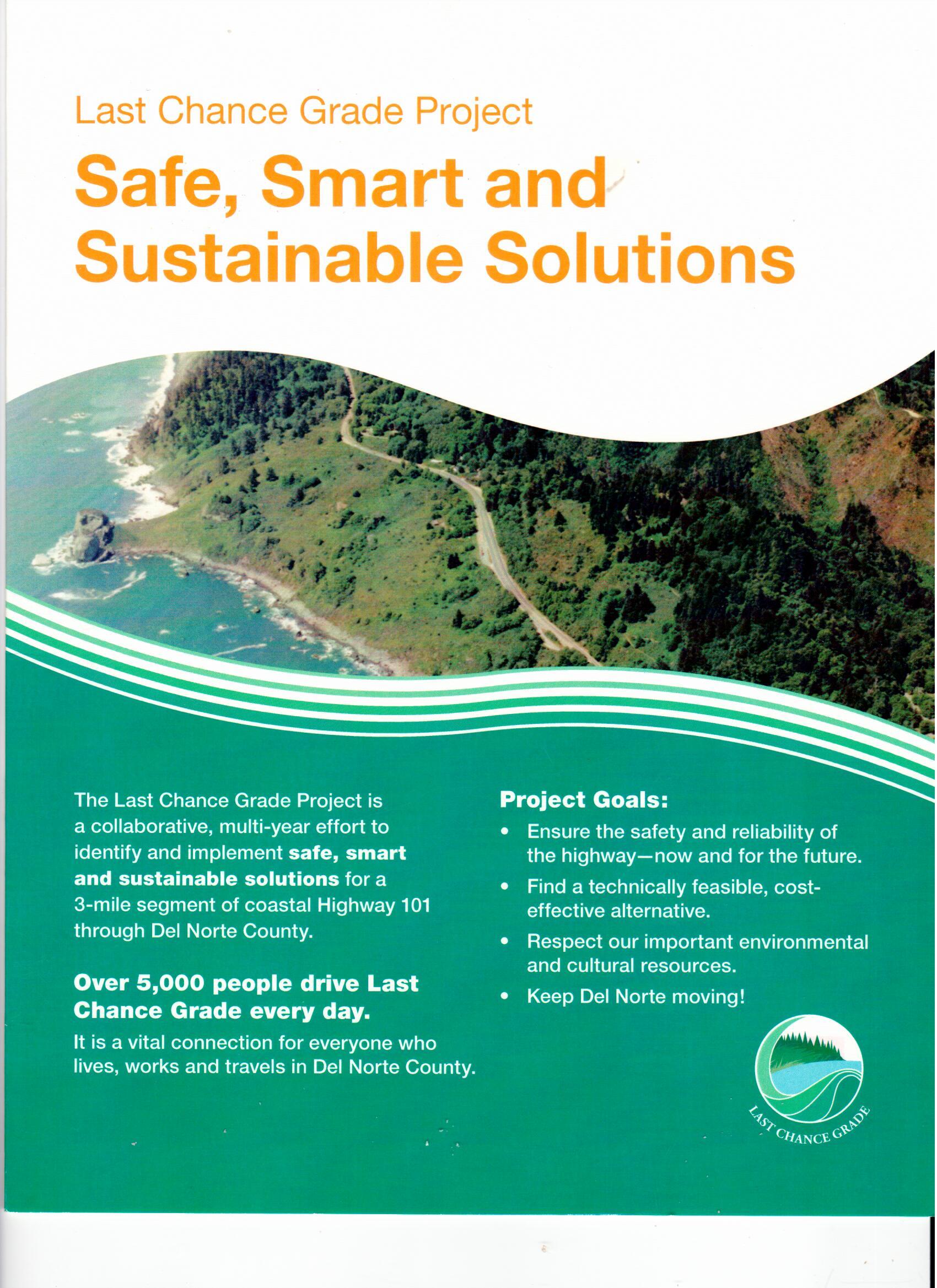 For over a year now CalTrans and various construction contractors have
been diligently shoring up Last Chance Grade about fourteen miles south
of Crescent City on Highway 101.  This bit of highway has been a
veritable nightmare to keep intact to travel for many decades, yet the
State of California invariably relegates it to the bottom of it’s roads-
to-fix properly list.   Millions of dollars on a near annual basis have
been spent on an emergency basis just to keep the road intact and
connected to the world south of Crescent City.  We have been told ad
nauseum that a permanent fix was just over the horizon, definitely by
2039. Seems like that is one we’ve heard before.

The most recent millions spent on salvaging what was left of the road
after a 2021 landslide took out all of one lane and most of another,
leaving the County with a patch work effort to reestablish the lanes for
more than a year.  We have been told recently that both lanes may return
to usage later this year sans traffic lights and an uncertain future for
the current right of way.  Massive walls have been constructed on both
sides of the road at considerable cost and we were not reassured to
learn that this most recent “fix” is unlikely to permanently solve the
problem of the shifting roadbed.  Just that it is unlikely to shift as
dramatically as it did in 2020.

The report goes further in stating that the data for a lovely
environmental report has been collected and to expect a completed report
sometime in 2025.  Looks like they aren’t in any hurry to make us locals
any more clear as to what the plan is going forward.  We are told that
the “original studies” have limited the permanent “fix” to two options,
one of which has just endured a multi million dollar patch job.  The
other is a mile long tunnel subject to the whims of the environazi crowd
who will no doubt shriek to the heavens should so much as a single
redwood tree be bruised.  Likely the dilatory nature of CalTrans to
author its environmental report until 2025 is to delay having to face
the endless lawsuits which will inevitably ensue once the report is made
public.

Fortunately the State of California will have some time to
procrastinate, as no funding exists for development or construction of
either permanent “fixes”.  Hence, we will continue to drive south on a
bit of highway that now will “keep its geometry intact” should any
future “slips occur.  Nothing like that little bit to make you feel so
incredibly safe as you drive on that section of the highway.  In any
event, it would appear that any “permanent fix” is nearly two decades in
the future “if” California decides it is willing to pony up as much as a
billion dollars for the tunnel.  Of course with inflation being what it
is, the price tag is more likely to be a couple of billion by the time
it is even a gleam in Sacramento’s eye.

But don’t hold your breath over the “tunnel plan” as the current right
away seems to be that odds on favorite.  All CalTrans has to do is
relocate half the mountain side in an effort to find stable ground.  In
the process they may even come out on the other side of the mountain.
Can’t you hear the ecofanatics howling already….   Honestly, this
issue comes and goes like the wind with no end in sight.  Most folks
that are currently alive will not likely ever see any perceptible fix
in their life times. California will not allow it.  But be aware, in a
couple of months, CalTrans will host an open house to let the local
population know what is up…..

One would assume that over sixty years of fixes to the current right of
way would penetrate the brains of the geniuses in Sacramento and the
current right of way would be off the table. As to the practicality of
boring a hole through an unstable mountain, that will be left to those
that think it is even possible.  Hopefully the current two years and
counting of “emergency” fixes will last at least until the whole affair
falls off the side of the mountain into the Pacific Ocean as has much of
the old highway that continued on into Crescent City years ago. Just
saying….  As to whether the road has reached fixed status, it doesn’t
look like it…… But at least someone is trying.