Is the City playing games for a change? 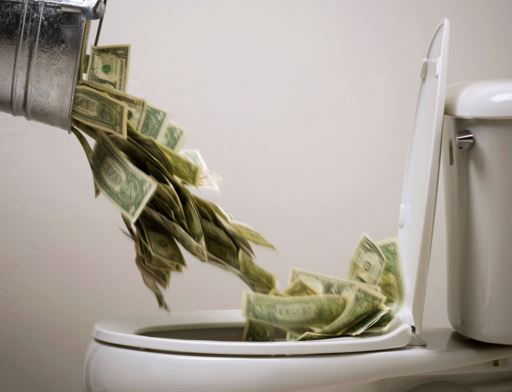 2,023 protests against the proposed 20% increase to sewer rates were pronounced counted and in her possession by City Clerk, Kymmie Scott, at the Crescent City, City Council meeting held Tuesday night at the Flynn Center. To win, 1,716 valid protests need to be received and validated by the city.

The Crescent City-Del Norte County Taxpayers Association hired signature gatherers to call on ratepayers, knock on doors, and sit at Safeway, the Water Department and WalMart. They were responsible for approximately 1800 total protests handed in nearly every day during the 45 day protest period. The City could have been tabulating those protests all along.  The last couple hundred were handed in on February 16th throughout the day.

UPDATE:  February 18, 2016 – I asked City Clerk, Kymmie Scott, why she didn’t start tabulating all along instead of starting after the City Council meeting.  She said that they are all busy, very busy every day and it would have been hard to impossible to get all three together to tabulate on a daily basis.  “They” are Debra Wright and Fritz Ludemann. So, they blocked out time starting Wednesday, February 17th and plan have all three present and working on the validation process until it is done.  As of 4:00 pm, February 18th, they are about half way.  So far, about 30 protests have been counted as invalid due to “not the ratepayer.”  I have been contacting the signature gatherers to call each and every one of those considered “not the ratepayer,” to clarify.  Information has been coming in and we are fighting for each and every ratepayer to make sure their protest is being counted accurately.

Also, many duplications were received and that’s the longest list of disqualifications.  This happens, for example, when someone signs at WalMart one day and their spouse signs at their home another day. This also happens when multi-property owners submit their protests directly to the city, bypassing the local tax association.  Without having proper data, it’s hard to compute the actual numbers of owners and tenants.

The next category of disqualifications is septic.  Several people signed the protest even though they are on septic and not hooked up to City sewer.

Then there are dribs and drabs of miscellaneous stuff like people printing, “I protest sewer rate increase,” on their sewer bill but neglecting to sign their name.  Missing a key element like a signature invalidates the protest.

Protesters of sewer rate increases from the City of Dixon requested and received copies of the actual mailing list from their City to the owners and ratepayers.  This is critical since many local people claim they never received a copy of the City’s Notice of Proposed Increase in Sewer Service Rates and Notice of Public Hearing.

Back to February 16th:

Instead of announcing whether or not the protest was successful, City Clerk, Kymmie Scott, said that they took a random sampling and found 7% were invalid.

City Clerk, Kymmie Scott, concluded that they would have to count each and every protest. And, that meant that starting Wednesday, February 17th, at 9:00 am, she would start counting at the sewer plant. I will be in attendance  to observe and tape record the accounting process.

Here are a few government codes to be aware of during this process:

Gov. Code  Section 6254.16.  Does not “require the disclosure of the name, credit history, utility usage data, home address, or telephone number of utility customers of local agencies.” So they may not want to share and have not wanted to share the “utility customer list.” However;

Gov. Code Section 6250(a). “Public records are open to inspection at all times during the office hours of the state or local agency and every person has a right to inspect any public record….” Should the city not want to allow us to inspect any of the protests, we will be contacting District Attorney, Dale Trigg.

Gov. Code Section 53755(b) provides, “One written protest per parcel, filed by an owner or tenant of the parcel, shall be counted in calculating a majority protest.”  Section 53755 contains no requirement that the tenant be directly liable to pay the fee.  If the only written protest for a parcel is submitted by a tenant, whether or not he is directly liable to pay the fee, the statute says it “shall be counted.”

Since the State Code does not have any instructions or requirements concerning the provision of ownership or tenant documentation as a prerequisite to filing a protest. It appears, and was confirmed by the legal staff at the Howard Jarvis Taxpayers Association, that it is the duty of City Staff to prove that the signatories are not who they claim to be, either owner or tenant.

In the past, the city has disqualified hundreds of protests by tenants under the category, “not the ratepayer.”  This time, the local taxpayers association has vowed to initiate a lawsuit if the same games are played. And they will have the help of the Howard Jarvis Taxpayers Association as exhibited in this letter, a reminder sent to the city on February 3, 2016:

State statute is even more lenient than Prop 218 with regard to who may sign a protest.  Gov. Code section 53755(b) provides, “One written protest per parcel, filed by an owner or tenant of the parcel, shall be counted in calculating a majority protest.”  Section 53755 contains no requirement that the tenant be directly liable to pay the fee.  If the only written protest for a parcel is submitted by a tenant, whether or not he is directly liable to pay the fee, the statute says it “shall be counted.”

Donna, feel free to forward this email to your city council, city attorney and/or city manager to warn them that if the raw number of protests received is sufficient to defeat the proposed fee increase, and they disqualify tenant protestors merely because they are not the named subscriber in the city’s billing records, the city may face a lawsuit from us.

While the City is busy doing their accounting, the local taxpayers association is doing their own accounting tabulating the number of owners and number of tenants that submitted protests. A public records request was already submitted to the city to provide a copy of all protests.

Attendance by the public at the City Council meeting was poor.

4 thoughts on “Is the City playing games for a change?”