Is this the year Fluoride ends? 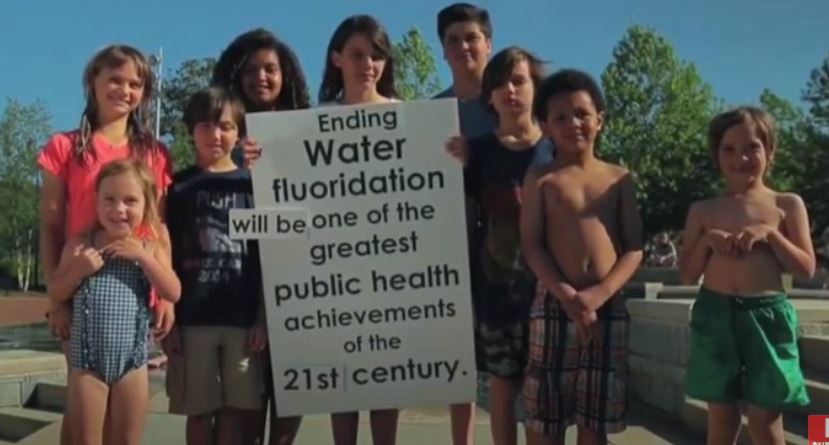 In 2012, Crescent City voters passed a moratorium to turn off harmful fluoride that had been added to the water for 44 years. The first try at the ballot box failed two years earlier. What made the difference between 2010 and 2012? Local doctors and new parents were educated by people knocking on doors, making phone calls and consistent letters to the editor in the local paper citing one test result after another proving the toxic qualities of fluoride.

For at least 60 of the last 75 years that Fluoride has been added to municipal water sources, citizens and residents have been aware of the harmfulness of drinking fluoridated water. They may not have had test data to back up their claims, but there were indications that it was a problem. Governmental agencies were created to battle harmful substances to human health such as the Environmental Protection Agency (EPA) and Centers for Disease Control (CDC).

In the year 2000, Fluoride Action Network was founded because agencies such as the EPA and CDC were not doing their job. Just look at the CDC website today’s date and read: “…since the 1960s, CDC named community water fluoridation one of 10 great public health achievements of the 20th century. “

Looking back on another toxic substance; let’s see how well our EPA and the courts protected American’s.

On July 12, 1989, some research claims that the EPA banned most asbestos contained in products. How long did that take? Nearly 90 years from 1900 through the 1980’s and after 30 million tons of asbestos were used in products. These days you may know someone that has died of mesothelioma, a malignant tumor that is caused by inhaled asbestos fibers and forms in the lining of the lungs, abdomen or heart. I’ve personally known two. One was a life insurance client and the other was someone I attended public school with. I learned of his death from his widow. Lawsuits are still on-going. From prognosis to death is about one year.

BUT, asbestos was not banned. In 1976, the Toxic Substances Control Act (TSCA) provided the EPA the authority to place restrictions on certain chemicals such as asbestos, radon and lead-based paint. What did happen on July 12, 1989 was the EPA issued the Asbestos Ban and Phase-Out Rule (ABPR), which planned to impose a full ban on the manufacturing, importation, processing and sale of asbestos-containing products. Unfortunately, the legislation was short-lived. The ABPR ignited a fierce counterattack from the asbestos industry.  On Oct. 18, 1991, the Fifth Circuit Court of Appeals overturned the ban, claiming the EPA failed to demonstrate that a ban was the “least burdensome alternative” to regulating asbestos.

Asbestos is still legal to be used in brake pads and gaskets, roofing products and fireproof clothing.

Turning back to the problems with FLUORIDE

The case’s genesis traces back to November 22, 2016, when Food & Water Watch, the Fluoride Action Network, and other non-governmental organizations petitioned the EPA to fulfill its responsibilities under Section 6 of the TSCA by banning the addition of fluoridating chemicals to drinking water. The EPA denied the petition, disagreeing with the alleged risks of fluoridated water.

In 2017, after EPA denied the Citizen Petition, a suit was filed in federal court in San Francisco, as allowed under TSCA. The trial began Monday, June 8, 2020, and final arguments were heard Thursday, June 18, 2020.  For the first time in its 44-year history citizens reached the trial stage of a lawsuit under TSCA!

SOME OF THE SCIENCE UNDERGIRDING THE SUIT

The most robust studies indicate that fluoride poses an unacceptable neurotoxic risk to the 200 million in the U.S. who currently receive artificially fluoridated tap water, with the greatest risk to perinatal infants and children.

Drinking, bathing and cooking in fluoridated water poses risks not only to pregnant women, their fetuses and bottle fed babies but also to those at risk with kidney disease, thyroid, seizures, reduction in liver function, poisoning the heart and blood. Where does this information come from? From Olga Naidenko, Environmental Working Group (EWG) Senior Scientist (2009). Here’s what happens.

Researchers found that the mixture of the two chemicals: disinfectant (whether chlorine or chloramine) with fluorosilicic acid has a drastically increased potency, leaching amazingly high quantities of lead. Where does this lead go? Into our drinking water and right on into our bodies causing irreversible neurological damage and impairing reproductive function.

Just a not: Boiling water does not eliminate fluoride.  The fluoride will become more concentrated, remaining in the water as a fluorine salt.

Currently there are 80,000 chemicals on the market in the US and the EPA has only banned nine (9)! They have had the power to regulate harmful chemicals since 1976 under TSCA, but rarely do they get to the point of banning harmful chemicals. Why is this? Because the TSCA law only allows EPA to TEST a chemical to find out if it’s harmful. Did the EPA do their own tests on fluoride? Let’s see:

Testifying for the plaintiffs (the ones filing the lawsuit) were scientists who had published a series of long-term studies of human exposure to fluoride in well-regarded, peer-reviewed journals. The studies cross-referenced maternal urinary testing to subsequent IQ tests, and connected even the low levels found in fluoridated water to health effects that included attention-deficit hyperactivity disorder, as well as an average loss of several points of IQ in children—roughly equivalent to the impact of low levels of lead.

In court, EPA witnesses conceded that fluoride at high enough levels can harm developing brains, before children develop a protective “blood-brain barrier” at about the age of six months.

That was the information carried to pregnant women, young parents and doctors in Crescent City between 2010 and 2012.

Back to the trial: Following expert testimony and closing arguments, Judge Chen suggested that he would refrain from making a ruling to allow the EPA time to reevaluate fluoride’s risks (or allow plaintiffs to file a new petition) based on additional information raised at trial, implying that the EPA had used the wrong standard in its evaluation.

Dr. Paul Connett who holds a Ph. D. in chemistry, and is Executive Director of the Fluoride Action Network, the preeminent organization opposing fluoride worldwide said, “Simply put, fluoride research on neurotoxicity is following the same trajectory as the research on lead’s neurotoxicity from the 1970s to 1990s; namely, as far as early life is concerned there is virtually no safe level of exposure.”

Once again our taxpayer dollars are funding an organization (EPA) while that agency and the Courts do legal battle with the Plaintiff’s, 200 million people will continue to consume a product ostensibly safe to drink not realizing that it’s tantamount to medicine added without most of their consent and without monitoring the dose, or following up with any health problems. Does this begin to sound similar to the Erin Brockovich movie?

Here’s why Crescent City ultimately voted to stop the use of harmful fluoride in their drinking water. Because our supplier would not provide these three critical pieces of information:

1.) Toxicological report
2.) Listing of contaminants
3.) Proof that their product was safe for all water consumers, infants to seniors.

The next hearing in the trial is scheduled for Thursday January 7, 2021. In that hearing Attorney Michael Connett says, “we expect the Court to rule on EPA’s latest request to have the case thrown out. “

One thought on “Is this the year Fluoride ends?”