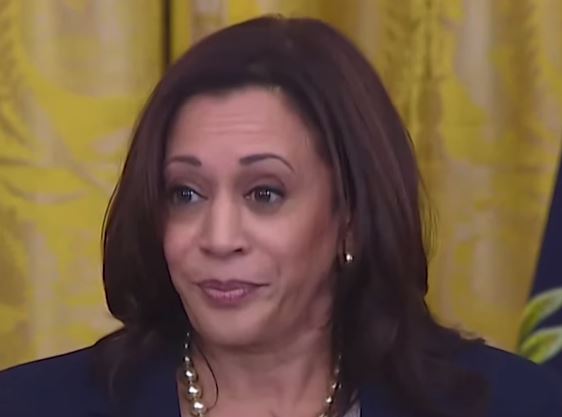 I’ll be honest. I couldn’t stand Kamala Harris as the Attorney General in California. She was elected in 2010 and sworn in 2011. She left office in 2017 to become a US Senator representing California. I didn’t pay much attention to her earlier years only hearing this and that about her being involved with a married politician, Willie Brown, who was in his 60’s. She was in her 20’s.

I don’t mind one bit that she’s of mixed race: Indian/Black. Her father born in Jamaica, immigrated to the USA and is a Stanford Professor. Her mother, born in British India, immigrated to the USA and attended Berkeley eventually earning a PhD. She became a breast cancer researcher. Her parents were involved in the black civil rights movement, met and married in 1963. Divorced in the 1970’s. I don’t mind that she’s the daughter of immigrants. What I do mind is that she has not exhibited any core values in my opinion. She doesn’t appear to be very bright. She’s not well spoken. Listening to her during her questioning of Amy Coney Barrett during hearings for Supreme Court Judge was just short of torture for me.

Allegations that the election won in 2020 by Biden/Harris I believe will be disputed very shortly. Hopefully there will be a path whereby the 45th President, Donald Trump, will make his way back to the Oval Office and right this ship that has us dangerously close to the precipice by the stupid, harmful and probably illegal actions of a President who should be spending his days in a nursing home instead of in the Oval Office.

It’s not just that inflation is up to 5% in five short months, with substantially higher gas prices, or that we’ll be facing shortages and I don’t mean just toilet paper, or that Biden got the support of unions and then turned his back on them creating loss of jobs for thousands in the pipeline and millions elsewhere. It’s all this crap about neutral pronouns. All this distraction turning our attention to racism instead of the daily destruction of our nation.

Back to Harris: If you’ve read or watched anything about her visits with the Presidents of Guatemala and Mexico, then you know how disastrous those were. Once Trump announced his plans to join Gov Abbott (R-TX) on June 30th at the border, the White House announced the next day Harris would be going on June 25th.

Let’s see how she was welcomed by locals. Watch this 40 second video.

While Harris is lockstep in league with a lot of Democrats that believe blaming Trump is doing something, or blaming the widespread corruption, poverty and violence of Guatemala and Mexico… she has no solutions. She doesn’t even have any decent platitudes. What she has is American taxpayer money that she plans on throwing to those two governments. When did throwing money at corrupt governments ever improve the peoples situations?

In my book, the woman is a big zero and not fit to be in office let alone VP of our once great nation which she is helping to destroy by turning it into a third world country.