It Is What It Is, But When Will The Reckoning Begin? 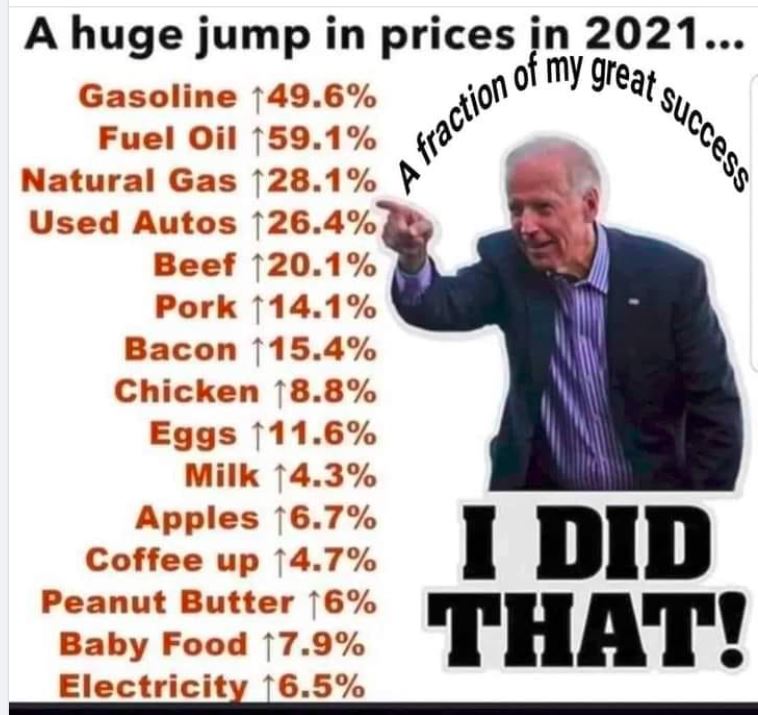 I would like to be writing articles about a recent trip along the
winding, beautiful, tree filled delight of Howland Hill Road.  A
magnificent drive of 10.8 miles of a tall tree extravaganza, blue sky
and warming summer temperatures.  A brief stop in Hiouchi, followed by a
wonderful lunch at the Hiouchi Cafe, then a drive down Highway 197
following the pristine waters of the Smith River to the Ocean.  I would
like to be writing about a filling breakfast at the Log Cabin Dinner,
before returning to the False Klamath Cove for a walk along the shore
line or a stroll at one of the many trails in the area.  I would like to
write about experiencing the breath taking scenic views from Battery
Point Lighthouse or any other of the many splendors this County has to
offer.

But no, as we are locked in the train wreck of a Democratically elected
Federal Government, a similarly idiotic Democrat State disaster, and
local government that is following suit.  I often wonder if there is a
reckoning on the horizon for this trifecta of total and almost
unbelievable combination of complete lunacy that has over taken what
passes for government in this Country.  I can not imagine that very many
intelligent adults can think that anything that has happened in the past
year and a half as beneficial in but a very few ways.  It is my fervent
hope that those who were responsible for electing Joe Biden, president,
retaining Gavin Newsom as Governor of California, and reelecting Chris
Howard to represent District Three suffer along with the rest of the
citizens of this great Country.

May those that think this has been a great path forward, please explain
how the inflation caused over the past year and a half makes you happy
to be spending $150 to fill your gas tank, $200 for a visit to the
grocery store, $230 for a trip to the pharmacy, and nearly everything
else that has shot up in price.   For those that still can eat out, are
you enjoying that $100 meal served in your favorite restaurant, but then
we are just talking about inflation that no one in government seems to
be able to figure out how it came about.

Like the increase in violent crime, or the wave of illegals coming
across our Southern Border.  Perhaps you enjoy the homeless camps, the
increase in drug use, or even the explosion of overdoses.  Maybe the
hysterical over reaction to the Federal Government giving the decision
of infanticide to the States is your cup of tea.  Maybe you liked
wearing a face mask or social distancing that has done nothing to
protect you from Covid-19. Perhaps you enjoy getting jabbed endlessly
with a gene therapy called a “vaccine” that has been neither vetted
properly, nor can prevent you from infection because our vaunted Medical
Establishment told you to do it.

Are you liking the effects of the mindless homage to “Climate Change”
that has destroyed whole countries and cast emerging nations back into
third world status.  Do you like supply change disruptions, empty store
shelves, or lack of common every day items that are no longer
available?  Are you eagerly waiting to pony up $50,000, $60,000, or even
$80,000 to purchase that mandated electric car?  Solar panels or that
windmill in your backyard’s future?  At some point one would think that
even those that are not wildly out of touch progressives or insulated by
wealth would begin to understand that a growing portion of the
population in the United States, California, and even here locally,
would consider the possibility that those governments have failed us in
the extreme.

Higher and higher taxation on everything nearly to the point of taxes on
just being born.  Growth of government at every level, yet services make
not even a pretense of improving.  Heaven forbid that those in the upper
levels of government were to take a pay cut, pay for their own gasoline,
buy their own groceries, let the “Walmart” shoppers bear the burden of
filling the “Public Tough”. When are the “Walmart” shoppers going to
wake up and see those in government for what they are, creating the pain
for a growing percentage of the American public, all the way down to the
local level.  When will the reckoning begin?  Let’s hope in November.