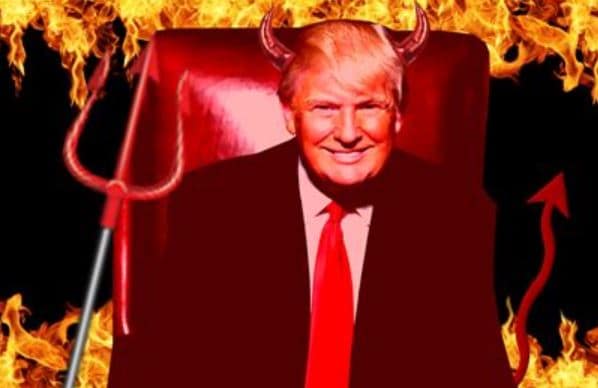 Since the first of this new year, the programmers of mainstream media news have been preparing their gullible audiences for the anniversary of the January 6th, 2021 occupation of the US Capitol Building. Our authorized “News” sources have consistently repeated the ridiculous mantra that January 6th was “The worst attack on America EVER!” January 6th eclipsed the entire city of Washington DC being razed to the ground by British Troops in 1812, the Confederate attack during the Civil War, the Bonus Army of Veterans after WWI,  the Japanese surprise attack during WWII, the multiple bombings of Federal Buildings by Weather Underground terrorists in the 1970s, the Oklahoma City bombing, terrorist attacks against the New York Twin Towers and Pentagon on 9/11, the Las Vegas Mandaly Bay Massacre, the Covid-19 biological weapons attack on the United States by the Chinese Communist Party, the Antifa and BLM riots looting arson mayhem and murders of 2020, and every school shooting for the past several decades combined!

Expert commentators are coming out of the woodwork to warn the citizenry that the awful “Make America Great Again Movement” (MAGA), conservatives, and the “White Racist” Republican Party are the greatest threat to “Our Democracy,” and the little-rascals are planning mass revolution! Forget Alqueda or ISIS; like our new “Partners” in Afghanistan, they pose no more threat than the Taliban.

The event on January 6th, 2021 has assumed a mythic presence in the American psyche and soul. The dangers of the Bill of Rights have been exposed to be a disease as dangerous as the dread Omicron and the filthy heathen scum who refuse to vaccinate against it. Conservatism, and fundamental rights over one’s own body is now inextricably linked as a pandemic disease that must be eradicated along with Covid-19.

We also have the Democrat run “January 6th Commission” that has turned the US Department of Justice and the Pentagon against any “Patriot Extremists” who took an oath to protect and defend the Constitution of the United States against all enemies, both foreign and domestic. To this end, our “Truth Commission” will insure that no political thought and speech, other than the authorized narrative, will be tolerated. Those guilty of potentially contagious opinions, contrary to those prescribed by the State, will face censorship on Social Media, and potential inquisition, incarceration, and isolated from society.

As for the actual event on January 6th, the “Commission” has been as transparent as a wall of solid Kryptonite; Superman himself could never see through it. The logical questions remain unanswered in deference to an expedient inquisition of all things Trump, Conservative, Republican and Patriotic.

We are forbidden to ask those questions most germane to the January 6th “Insurrection.” These questions are now blasphemous; so outlandish and forbidden that their very utterance can be likened to treason.

Election integrity is the basis and heart of the questions related to January 6th. Indeed, the counting of Electoral Votes and subsequent Presidential Confirmation Hearings were to occur on January 6th, 2021. Republicans were prepared to introduce prima-facie evidence of election fraud related to both popular and electoral votes. At the precise moment when this evidence was being presented, a breach of the US Capitol occurred, and Congress was adjourned and evacuated. When Congress reconvened in the evening, the media had created a full-blown insurrection out of the earlier event, and all objections were swept under the rug.

The Speaker of the House, Nancy Pelosi, and her Sergeant at Arms were in control of the Capitol Police on January 6th. Both Speaker Pelosi and her Sergeant at Arms had been notified by Federal Law Enforcement about intelligence indicating threats to the confirmation hearings on January 6th. President Trump authorized additional law enforcement assets, and National Guard troops were also made available. Speaker Pelosi declined these additional security assets. Why she would do so is a forbidden question.

Most important, why does the January 6th Commission refuse to investigate Federal Agents and Assets deployed as part of the Capitol breach and subsequent “Insurrection?” It was proven that there were many more FBI Agents and Assets than actual “perpetrators” on site during the attempted “Kidnap” of Michigan Governor Whitmer. Was the same true during the breach of the US Capitol on January 6th, 2021?

The FBI was quick to confiscate and remove hundreds of hours of video evidence from the internet. This evidence is now closely guarded by the January 6th Commission. Many of these videos showed the crowd trying to stop vandals from breaking windows. There were indications that the event had been infiltrated by Antifa and BLM activists wearing MAGA gear. It has been proven that BLM related activists were only feet away from Ashley Babbit when she was shot. Many others who were part of the vanguard ushered into the Capitol have been identified as regulars at the summer Antifa and BLM riots. Video evidence has recently surfaced of suspected Federal Agents instigating crowds to occupy the US Capitol. Many of the key players in the US Capitol breach were never charged; while others who never entered the Capitol, and were simply in Washington DC on January 6th still sit behind bars!

Was the January 6th “Insurrection” contrived by Democrat leaders to silence objections to Joe Biden’s confirmation as President? Were Capitol Police ordered to open gates and allow a select group of agitators to enter the Capitol at precisely the moment when Republican objections were raised? Were Federal Agents and Assets fundamental instigators and leaders of this “Insurrection?” Was January 6th a “False Flag” operation, similar to Hitler’s burning of the Reichstag and the SS manufactured “Polish Attack” on a German radio station?

Many of these questions will never be answered. The Chief of the Capitol Police resigned shortly after the incident, as did many executives and officers. Four Capitol Police Officers have committed suicide (or been suicided). Meanwhile, the events of January 6th are being used by Homeland Security, the Department of Justice and FBI to launch a nationwide manhunt for conservatives of all stripes; but especially Constitutionalists and “Patriot Extremists.” Our Military, the entire Federal Government and many State Governments have been purged of anybody opposed to Marxism.

American Parents recently showed outrage over the US Attorney General memo directing the FBI to crack down on any parental disapproval of School Boards. Simply making telephone calls to a School Board has been considered “harassment and intimidation.”

Hard evidence of election fraud coming from the Maricopa County Arizona Election Forensic Audit have been either ignored or lied about in the media. This is not only happening in Arizona but anywhere nationwide where similar audits are being held. Politically compromised and intimidated judges refuse to even consider any evidence of election fraud.

Election fraud will soon become impossible. On this Commemoration of January 6th, 2021, Congress is pressing the issue of House of Representatives 1 (HR 1), the “Voting Rights Act. Finally, everyone will have a right to vote; not just American Citizens. The Voting Rights Act paves the way for “Print at Home Ballots” and an expansion of voting rights to incarcerated felons, “Undocumented Citizens” (formerly “illegal Aliens”), gullible children, dead people, people who never existed, and people and organizations who simply want to cheat and vote multiple times. Ultimately, the election process will become so compromised and corrupted that we will never see a fair election ever again. Fraud will cease to exist because it will be the rule of law. The expense and effort of widespread fraud practiced by Democrats during the 2020 election will never need to happen again, as fraud will be endemic to our electoral system. HR1 will destroy democracy, and will ultimately destroy the United State and every Constitutional Liberty we all enjoy. HR 1 will convert our nation into a populace of Marxist serfs in a one-party system.

If the mainstream media’s manufactured myth of January 6th is allowed to continue, how far will this purge of conservatives go?

Can the once free people of this Nation continue to sit on the side-lines or straddle the fence? Dare we ask the hard forbidden questions: Was the 2020 election compromised by election fraud? Is Joe Biden our legitimate President? Are many of our Congress and Senate Representatives illegitimate? Did January 6th 2021 mark the overthrow of the United States Government?